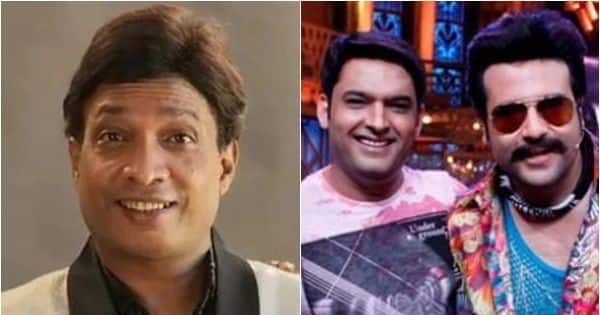 Kapil Sharma is all set to return to television with the new season of The Kapil Sharma Show, however, Krushna Abhishek, who became household with his character of Sapna, recently revealed that he has decided to quit the show. Comedian Sunil Pal has now sharply reacted to Krushna’s sudden exit and expressed his disappointment with his decision. Also Read – Sidharth Shukla-Asim Riaz, Pratik Sehajpal-Nishant Bhat, Kapil Sharma-Mika Singh and more TV bromances that made people sit up and take notice

Sharing his views, Sunil said in a video, “I heard that Krushna is going to quit The Kapil Sharma Show. Why do they all do such things? The show is having a good run, you’re getting a good work, twice the money also. What will you do after leaving the show? Wohi chote mote serials? Idhar udhar kuch B and C grade ki filmey? Don’t know what happens to these people. Kapil Sharma gave you name, fame, platform, money and people leave him only. What harm will you cause to him? He is getting bigger with each passing day, earning immense fame. Anyway, all the best. Go, run away and show us what you are capable of doing.” Also Read – The Kapil Sharma Show season 4: Kapil Sharma, Bharti Singh, Krushna Abhishek and more comedian’s fees per episode will leave you in deep shock

Amidst all the rumours, going on whether Krushna will be part of the show or not, the comedian had shared, “For a time being me and the Kapil Sharma team have taken a small break. I have no personal grudges with Kapil Sharma as he is a lovely human being. As of now I have to see how things work out.” Also Read – The Kapil Sharma Show: Did Krushna Abhishek have a fallout with Kapil Sharma? Is his tiff reason behind his exit? Here’s what we know

Meanwhile, Kapil is again back with a bang with his famous The Kapil Sharma Show that ended its third season on June 5. It is going to start from September 10 with all new formats and many new characters. Though no official confirmation has been given by the production team. As per the sources close to the show, stand-up comedian and India’s Laughter’s Challenge’ contestant Gaurav Dubey may also be seen on the show.