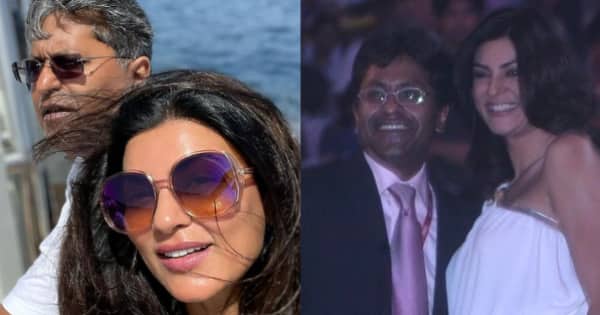 In the old tweets that have now resurfaced, Sushmita Sen and Lalit Modi are seen talking about promises and commitments. It seems like a birthday wish from Sushmita to Lalit who promised to commit. Following the thread, there’s a tweet by Lalit to Sushmita asking her to reply to his SMS. Check it out here:

Okay I commit ??”@thesushmitasen: @LalitKModi u r too kind:)) however, promises are meant to be (cont) pic.twitter.com/JrgEwC1btR

Netizens have varied responses to the Sushmita Sen-Lalit Modi’s relationship. And to add to that is this tweet which is now going viral. There are different reactions from expressing shock about their long-standing association with each other to the ‘wait’ and more. Some have even taken a jibe at the whole thing. Check out the reactions here:

The Sheer dedication. Man of patience ?

My faith on money restored ? pic.twitter.com/8iOZCOOO7T

Lalit Modi’s clarification about a post with Sushmita Sen

Initially, Lalit Modi’s tweet and post have led to speculations of him and Sushmita Sen being married. However, he later clarified that they have only just begun dating and by God’s grace, one day, he would like to get married to her. Sushmita Sen broke up with Rohman Shawl a couple of months ago. Previously, Lalit Modi was married to Minal Modi who passed away in 2018 after battling cancer. Lalit Modi moved to London in 2010 after ED launched an investigation against him about money laundering and tax evasion.