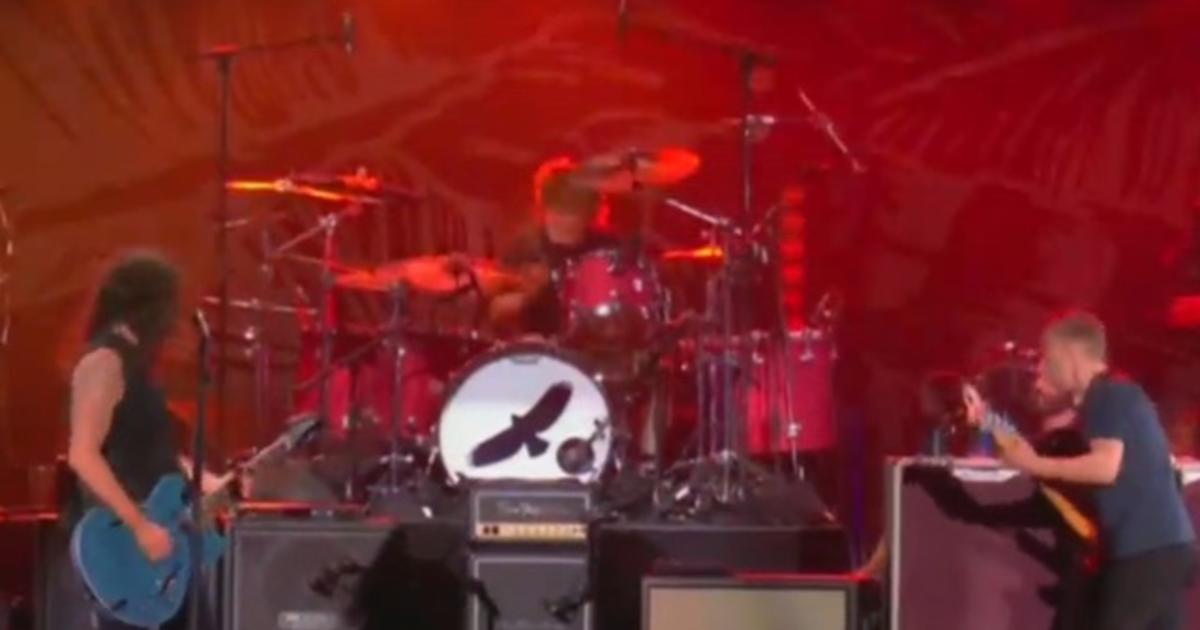 Taylor Hawkins’ son, Shane Hawkins, joined Foo Fighters onstage during a tribute concert for the late drummer Saturday at London’s Wembley Stadium. The 16-year-old showed off his drum skills for a rendition of the band’s 1997 hit “My Hero.”

During the electrifying performance, photos of Shane and his father appeared on a screen in the background.

The show was the first of two scheduled concerts to honor Foo Fighters’ late drummer, who died in March at age 50. The star-studded lineup included Elton John, Paul McCartney and Liam Gallagher.

The band is set to hold another tribute concert in Los Angeles later this month.

The tribute comes a few months after Shane Hawkins played drums for The Alive’s performance of the same song in Laguna Beach, California, Entertainment Tonight reported.

Taylor Hawkins, who had played with Foo Fighters for 25 years, was found dead in his hotel room on March 25 shortly before the band was set to perform in Bogotá, Colombia.

An exact cause of death has not been announced, and the National Institute of Forensic Medicine continues to investigate, the attorney general said. Officials said that marijuana, opioids, tricyclic antidepressants and benzodiazepines were detected during a urine toxicological test.