Skip to content
HomeEntertainmentTejasswi Prakash says her relationship with Karan Kundrra is ‘not normal’, ‘Every little move they are watching’ 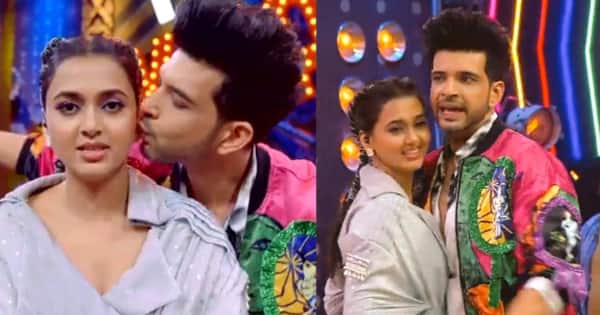 Tejasswi Prakash and Karan Kundrra have been dating since Bigg Boss 15. The two lovebirds are just going strong despite criticisms and more. They also get a lot of love from their fans who ship them together as TejRan. Now, since they are currently the hottest couple on the block, there’s a lot of curiosity amongst the fans and masses about their relationship and there are also rumours. Tejasswi Prakash has opened up about her bond with Karan Kundrra, defined what her relationship is and also addressed the rumours around her relationship with the actor. Also Read – Alia Bhatt celebrates her 1 month of wedding with Ranbir Kapoor by sharing lovey-dovey candid pics

Tejasswi calls her relationship with Karan ‘not normal’

Tejasswi Prakash opened up about her personal life in an interview with Hindustan Times. The Naagin 6 actress revealed Karan has been open about his relationships in the past. However, she was always a private person. Tejasswi Prakash said that she has never dated an actor before. Teja said, “I always feared things would leak. So for me, it’s new.” The actress said that her relationship with Karan is not normal as everyone is watching them all the time. She also added how fans and everyone know about their car. “There’s a massive difference. Nobody cares if you are out with your boyfriend if he isn’t an actor. They let you be. But with Karan people know his car. It’s not a normal relationship.” Also Read – Sarkaru Vaari Paata Opening Box Office Worldwide: Mahesh Babu’s film beats Allu Arjun’s Pushpa; nowhere near RRR, Baahubali, KGF 2

Tejasswi talks about getting flak from fans

Tejasswi Prakash and Karan Kundrra’s fans are also watching them closely. She recalled an incident saying, “Our fans flipped. ‘How could she delete the post?’ were the kind of things I heard. (So) You just have to be prepared for questions and posts. Every little move they are watching.” Also Read – Sarkaru Vaari Paata box office opening: Mahesh Babu movie doubted for paid sources; several trade figures not matching producer’s inflated numbers

The duo who were recently seen in Khatra Khatra Khatra also opened up on all the rumours about them buying an apartment and getting roka-fied and more. She said, “All the positive rumours about the roka and shaadi, I love all of them. (But also) It’s funny. Why should I tell you (people who ask) if the roka has happened, if we are planning our wedding or if we are buying a house? Wo humare beech ke baat hain. In my head, I’m like why do you want to know? But it’s nice and cute. About the negative ones, I’m not used to it.”