Skip to content
HomeEntertainmentThank You box office collection: Naga Chaitanya’s latest film emerges as the biggest FLOP of his career? 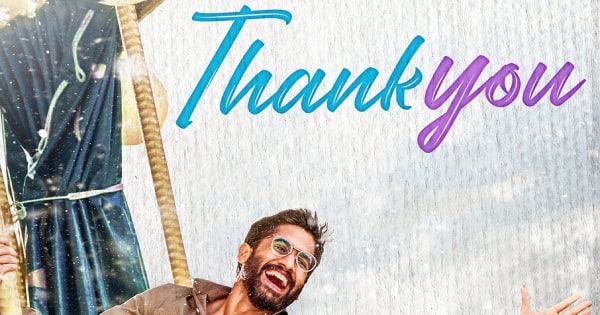 Sad but true, Naga Chaitanya’s Thank You has thanked at the box office. While the response of the critics for the movie was lukewarm, the audience completely rejected the movie. It seems the cinemas went empty from day two of the Naga Chaitanya and Raashi Khanna movie. It is as big a disaster as Ram Charan and Chiranjeevi’s Acharya. The only redeeming factor is that Thank You was not sold at exorbitant prices like the Koratala Siva film. But this is still a disappointment for fans of Naga Chaitanya. The handsome hero has Laal Singh Chaddha coming up in August. He has a very prominent role in the Aamir Khan and Kareena Kapoor Khan movie. Also Read – Katrina Kaif-Vicky Kaushal death threat case: Man threatening the couple arrested [Read Deets]

It seems producer Dil Raju has faced losses to the tune of Rs 15 crore for the movie. The producer seems to be having a bad time as both his films, Jersey and Hit bombed. The only saving grace for him has been the fact that he was the distributor of RRR and KGF 2. Both these movies made huge footfalls. Warrior, the movie of Ram Pothineni which was distributed by him was also a huge flop. Naga Chaitanya is known for his work in love stories but Thank You was totally rejected. Also Read – Rashmika Mandanna, Dulquer Salmaan at Sita Ramam trailer, Naga Chaitanya with Aamir Khan and more South Indian actors papped [VIEW PICS]

The movie has only made Rs three crores worldwide. This is the second flop in a row for Naga Chaitanya after Bangaraju. The movie is about a man who decides to express gratitude for those in his life after his girlfriend leaves him saying that he is a narcissist. Also Read – Darlings trailer: Alia Bhatt reveals co-producer Shah Rukh Khan’s golden words after she wrapped the film – no SRK fan can miss it

#ThankYou stands as the biggest disaster of the year for Tollywood. It barely managed to collect ₹3 Cr Share Worldwide in its weekend (on Percentage basis). Producers are set to lose ₹15 Cr approx as its an own release in Theatres. #ThankYouMovie #ThankYouTheMovie pic.twitter.com/lEv82HBidM

Let us see if Naga Chaitanya bounces back with his forthcoming releases. Laal Singh Chaddha is what movie-goers are waiting for!