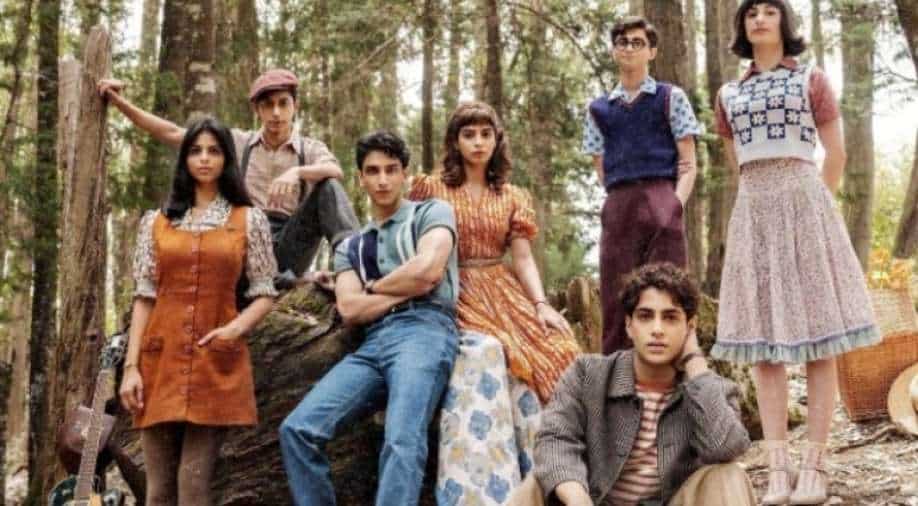 Get ready for the new Archies world with the Bollywood Gen Zs!

The first look of the most talked-about project ‘The Archies’ featuring the young Bollywood stars is out.

Zoya Akhtar, who’s helming the project, unveiled the first look on her social media handles. Along with the photos, Akhter also shared a small teaser that will give you an insight look at the Archies’ world and introduces all the seven members of the group.

Sharing the teaser, Zoya wrote, ”in’t nothing like old school❤️Grab your gang ’cause the Archies are coming soon on @netflix_in !”

The sun is out, the news is out! Come meet your new friends.
Presenting to you the cast of The Archies, directed by the fantastic Zoya Akhtar. pic.twitter.com/vOtm29V0gP

In the short clip, all the group members are dressed in the 60s collage style and are just enjoying and clicking pictures.

Grab your picnic baskets and pick out your cutest outfits, we’re going to greet the Archie’s gang!
Presenting the cast of THE ARCHIES, a Zoya Akhtar film. pic.twitter.com/EcDrSIjvnR

It’s a  live-action musical film set in 1960s India and is based on Archie Comics character Archie Andrews. The popular comic is set in the fictional town Riverdale and revolves around the life of teenagers Archie Andrews, Veronica Lodge, Jughead Jones, Betty Cooper and Reggie Mantle.

The film, which also stars Mihir Ahuja, Vedang Raina, Dot, and Yuvraj Menda, will stream on Netflix in 2023.