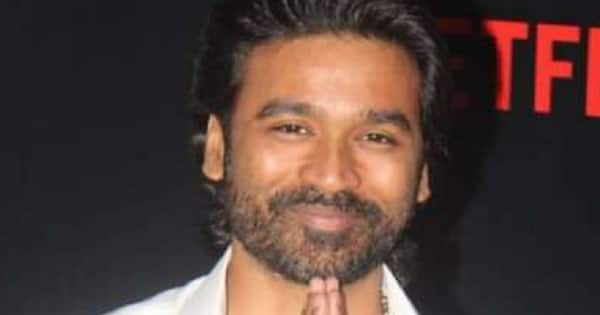 Dhanush is right now making a lot of noise with his presence in the Hollywood film The Gray Man. The actor once again proved his talent in this English film and the critics cannot stop raving about his impeccable performance in the film. Dhanush who won millions of hearts at The Gray Man premiere by wearing ‘veshti’ is not very happy with the label of ‘south actor’ on him. There are lots of south actors who complain about this label and confess that despite working so hard they haven’t yet overcome this label. Also Read – Tiger 3 star Salman Khan celebrates rumoured girlfriend Iulia Vantur’s birthday; video goes VIRAL [Watch]

While Dhanush in his latest interaction with HT said that calling him a south actor doesn’t make any sense and here’s why.” I would appreciate it if they collectively call us Indian actors, rather than south actors or north actors. The world has shrunk and borders and lines are fading. This is the time to come together and make this one big industry. It is a huge industry. It will be great if we function together and make movies for everybody, not just south audience or north audience–not regional films but national films”. Isn’t he right? Also Read – This top Bollywood actress is unhappy with her ex boyfriend’s cameo in her husband’s film?

While Dhanush time and again has shown his talent with his films across the globe, be it south, Hindi or English cinema and his latest statement to stop calling them south or north actor rather than Indian actors is extremely valid. While defending his character being called a ‘Tamil friend’ in The Gray Man, Dhanush said that is not necessary for them to address him as a Tamil guy but it wasn’t even wrong, ” Joe and Anthony Russo told me the more we get into the details, the more flavour the character will have. So, I don’t think there is any harm in saying that he is a Tamil guy from India”. Dhanush was last seen in Atrangi Re along with Sara Ali Khan and Akshay Kumar. The actor left his viewers spellbound with his performance in the film.