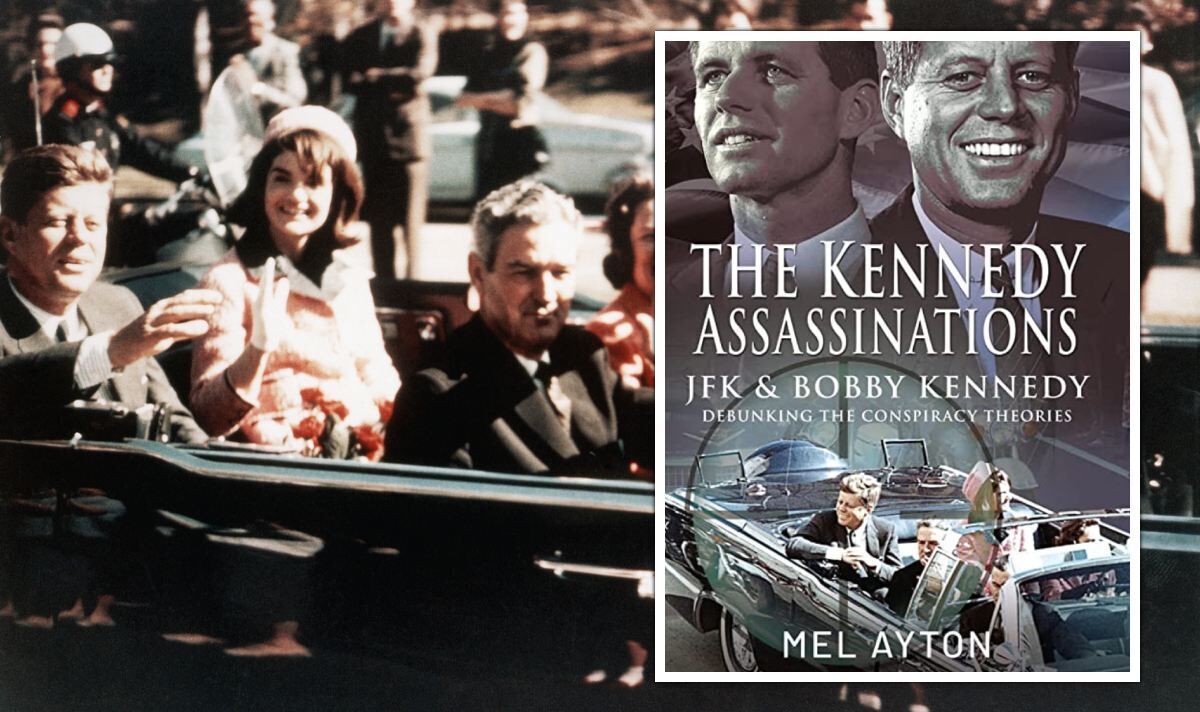 People in the West believed the charismatic new President would change the world. The Sixties was the decade of Woodstock, Summer of Love, the Beatles and the Stones, the first James Bond film, the first man in space and the first man to walk on the Moon and England won the World Cup.

It was also the decade of the Manson murders, the Great Train Robbery and the assassinations of Malcolm X, Martin Luther King and the two Kennedy brothers.

Mel Ayton is an acknowledged expert on not just the Kennedy murders but also a number of books on the threats faced by Presidents and presidential candidates.

The Kennedy Assassinations comprehensively debunks all the many conspiracy theories surrounding the deaths of the brothers.

Divided into 11 chapters (five on JFK, six on his brother) Ayton shows that it was not the Mafia, or the CIA or Fidel Castro that killed President Kennedy – it was, as the Warren Commission reported all those years ago, a disaffected lone gunman firing from the Texas School Book Depository.

He also posits that the assassination of Senator Bobby Kennedy by a fanatical Palestinian Sirhan Sirhan in June 1968 was the first Middle Eastern attack on the United States.

Sirhan who is still in prison was not a CIA patsy, or a Manchurian candidate hypnotised to carry out the killing.

The book is a compilation of Mel Ayton’s work over the past twenty years of writing about the assassinations and is well worth reading.