Skip to content
HomeEntertainmentThrowback Thursday: When Esha Deol slapped Amrita Rao hard after the latter abused her in front of Pyare Mohan crew 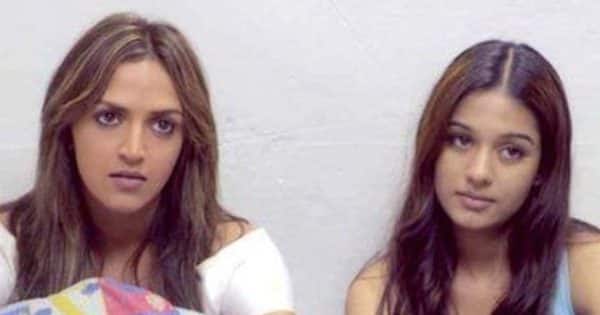 We have often heard about this saying several times that ‘two actresses cannot be friends with each other’. There have been various reports about Bollywood catfights. While many people would not want to believe but some of them were really true. One such biggest catfights in the history of Bollywood took place between Esha Deol and Amrita Rao on Pyare Mohan sets. Also Read – Disha Patani to Aishwarya Rai Bachchan: Bollywood actresses who are comfortable performing bold and intimate scenes in films

The incident had taken place in 2006 when Esha and Amrita worked together in Pyare Mohan which also featured Fardeen Khan and Vivek Oberoi. Though the film terribly bombed at the box office, it was Esha and Amrita’s fight that pulled everyone’s attention. Also Read – Disha Patani, Aishwarya Rai, Bipasha Basu, Rekha and other Bollywood actresses who feel comfortable doing BOLD and INTIMATE scenes

Back then, it was reported that Esha ended up slapping Amrita right across her face after the latter reportedly abused her in front of their director Indra Kumar and cameraman. Esha said that Amrita was completely out of the line and to protect self-respect and dignity, she slapped Amrita in the heat of the moment. Also Read – Before Sushmita Sen found a partner in Lalit Modi, Shilpa Shetty, Juhi Chawla and other actresses fell in love with business tycoons

“I have no regrets because she totally deserved it for her behaviour towards me at that point in time,” Esha had said in an old interview with TOI. She had said that she is not the one who would lose her temper so easily as she comes from a very cultured background and it is not in her nature to react in such an extreme way unless she is instigated to a great level.

Esha had further revealed that days after the incident Amrita had realised her mistake and came to her to say sorry about her actions. She accepted her apology and forgave her. “I just stood up for myself and my dignity. She realised what she had done and apologised to me and I forgave her. Now, things are fine between us,” she added.

Well, that one peaceful way to end the war.