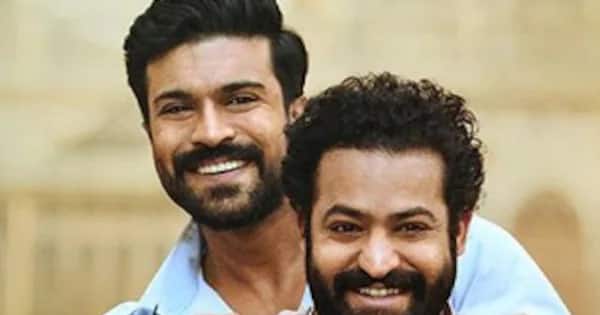 SS Rajamouli’s RRR is coming on Zee5 on May 20. Fans will be able to see the film all over the globe. Bobby Deol‘s Aashram Season 3 trailer is out now. The story seems more intriguing loaded with the right amount of drama, action and voyeurism. Urfi Javed has said that she wants to see Aly Goni in the role played by Michele Morrone in Netflix’s 365 Days. Also Read – Sonakshi Sinha, Aamir Khan, Emraan Hashmi and more celebs who fooled fans with their social media posts and comments

RRR makers release exclusive trailer for Zee 5
SS Rajamouli’s movie RRR is releasing on Zee5 on May 20, 2022. The movie is one of the biggest hits of 2022 making Rs 1,000 crores at the global box office within 16 days. It is the fourth highest grossing films of all-time with Dangal, Baahubali 2 and Yash’s KGF 2. The movie made over Rs 890 crores at the domestic box office. RRR is a fictional period drama about the lives of two freedom fighters Alluri Sitarama Raju and Komaram Bheem. People loved the performances, and the huge scale of the film. SS Rajamouli is now become one of the most sought after makers in the country. It stars Ram Charan, Jr NTR and Alia Bhatt. Also Read – Malayalam model-actress Shahana found dead on her 22nd birthday; family accuses husband of murder

Aashram 3 Trailer Out
The trailer of Aashram 2 is out. Bobby Deol is back as the menacing Nirala Baba. This time, he wants to build his own fiefdom. Esha Gupta has joined the show as a seductress while Tridha Choudhary is also a part of the cast. Also Read – BTS ARMY trips over a girlfriend’s heartfelt confession ‘I miss BTS’ to boyfriend in front of Eiffel Tower – watch video