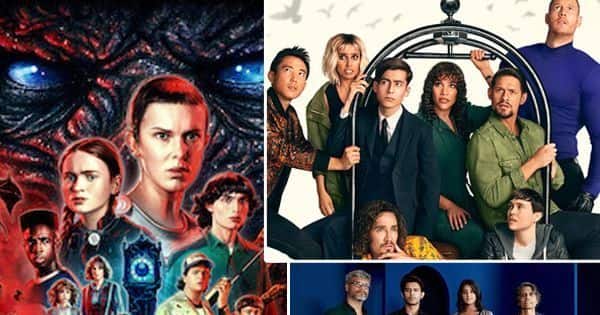 From a major spoiler of Stranger Things season 4 volume 2 and all you need to know about watching The Umbrella Academy season 3 to Amazon Prime’s Modern Love Hyderabad release date, Jitendra Kumar’s Jaadugar trailer and The Girl from Plainville release date – it’s time to take a look back at all that went down in the web world today, 10th June. Here’s all what grabbed headlines to make it to the trending OTT news today… Ergo, it’s time to make a note of the biggest OTT newsmakers who’ve made it to the trending OTT news today. Also Read – Anupamaa: Is this the beginning of the end of Rupali Ganguly show’s success stride? To drop on TRP charts?

So, without further ado, here are the OTT newsmakers of 22nd June 2022:

Proceed with caution, major spoilers ahead: From what we’ve heard, the climax of Stranger Things season 4 volume 2 is going to involve an epic battle obviously with Vecna and Eleven’s entire gang in Hawkins, but it’s being said that there’s also going to be gun battles, flamethrowers, and even the possibility of a couple of more monsters joining in to assist Vecna. Also Read – Khatron Ke Khiladi 12’s Aneri Vajani, Bigg Boss 15 winner Tejasswi Prakash and more stars who QUIT top TV shows for reality shows

How to watch The Umbrella Academy season 3

The Umbrella Academy season 3 has finally dropped today, 22nd June, on Netflix. So get cracking on it all you fans who’ve been eagerly for The Umbrella Academy to return. Also Read – When Bhool Bhulaiyaa 2 actress Tabu confessed of being single because of Ajay Devgn; ‘He threatened boys who came close to me’

After his popularity having soared post Panchayat season 1 and 2, Jitendra Kumar will be back with the web film, Jaadugar – a concoction of magic, love and football – on Netflix from 15th July.

The Girl from Plainville release date

The Girl from Plainville, inspired by the true story of Michelle Carter’s unprecedented “texting-suicide” case, based on the definitive Esquire article of the same name by Jesse Barron, the mini-series explores Carter’s relationship with Conrad Roy III and the events that led to his death and, later, her conviction of involuntary manslaughter. Alongside Fanning, the web series stars Chloë Sevigny as Lynn Roy, Colton Ryan as Conrad “Coco” Roy III, Cara Buono as Gail Carter, Kai Lennox as David Carter, and Norbert Leo Butz as Conrad “Co” Roy II. It release on 24th June on Lionsgate Play.