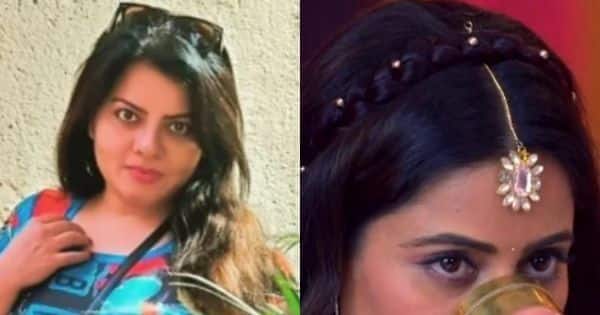 Kahaani Ghar Ghar Kii is making a comeback on TV and OTT in some days. Sakshi Tanwar reminisced how the character of Parvati made her an iconic figure on Indian TV. In a no-holds barred interview Raja Chaudhary’s ex girlfriend Shraddha Sharma has revealed why she decided to split from him. Take a look at the main headlines of the day… Also Read – Run BTS is all set to be back after 10 months break and ARMY can’t keep calm [View Tweets]

Sakshi Tanwar reminisces about Kahaani Ghar Ghar Kii
The good news is that Kahaani Ghar Ghar Kii is making a comeback on TV. In an interview to ETimes, Sakshi Tanwar remembered the show. She said, “This has been a dream come true. I never imagined that I would receive so much love and support from my fans and audience for the show. It feels as if I am acting like a small kid, I am so excited for my show to be back on the screen after so many years. The last scene was very emotional for me. I feel blessed and special.” Other stars are also keen to see how the new generation will react to the show on TV and OTT. Also Read – Mrunal Thakur’s irresistible journey: From television to movies, actress has always been the queen of fashion

Pratik Sehajpal eliminated from Khatron Ke Khiladi 12
Pratik Sehajpal has been eliminated from Rohit Shetty’s Khatron Ke Khiladi 12. The hunk got the Fear Funda along with Kanika Mann and Jannat Zubair. The stunt was a water and height one. Fans felt his elimination was somewhat unfair. There is buzz he might return as a wild card. Also Read – Katrina Kaif-Vicky Kaushal expecting their first child? Here’s what actress’ latest photoshoot hints at

Raja Chaudhary’s ex Shradha Sharma reveals reason for split
In an interview actress Shraddha Sharma has revealed why she broke up with Raja Chaudhary. He is the ex husband of Shweta Tiwari. She said that he had a drinking problem, which was tough for a partner. It seems he would get violent after booze, which ruined their life. She revealed her went to rehab twice but it did not help. Shradha Sharma also said that he cheated on her by allegedly kissing a girl in an intoxicated state.

Anupamaa: Muskaan Baamne aka Pakhi reacts on negative track
The current spat between Anupamaa (Rupali Ganguly) and Pakhi (Muskaan Bamne) is grabbing a lot of eyeballs. The latter told Tellychakkar.com, “I was shocked to read the script wherein Pakhi is going to go all out in expressing her anger for her mother. Forget about misbehaving with your mother, one should not be this rude to anyone.”