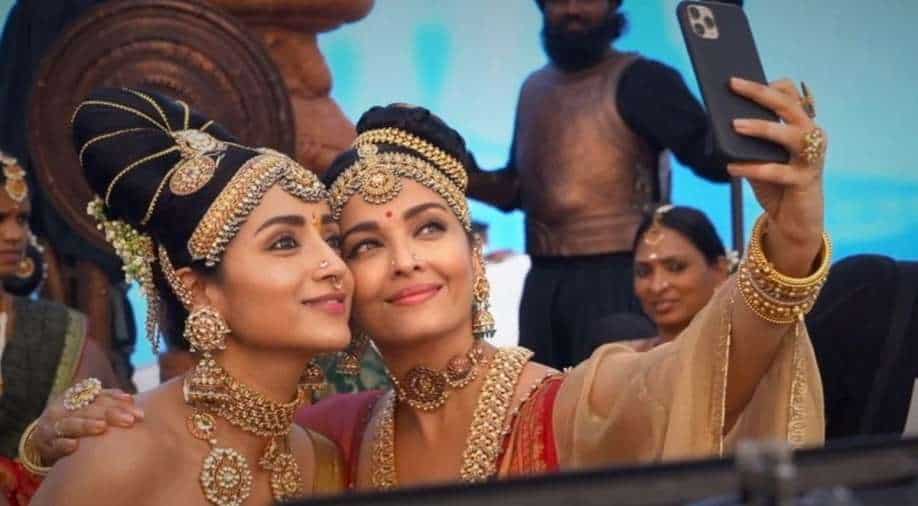 Actress Trisha Krishnan, popularly known as Trisha, has shared a photo with fellow actress Aishwarya Rai Bachchan, who is her co-star in the upcoming epic period action film ‘Ponniyin Selvan: I’. While posting the picture on Instagram, Trisha wrote just ‘Ash’ and a hug emoji in the caption. The photo shows the two actresses clad in full costume on the sets of the movie. They are smiling and appear to be taking a selfie together. The photo, not surprisingly, has gone viral on social media sites, and fans are going crazy over the image of, to paraphrase them, “two queens.”

One commented, “I dont remember the queen’s being able to take selfies 😂😂😂! In all seriousness though, both of u looking incredible 😍.”

One other wrote, “Most beautiful and my favourite actresses ever!! Can’t wait to watch this film. 😍”

The film, also written by Elango Kumaravel, is a production of gargantuan proportions. While it does not have any fantasy elements like the ‘Baahubali’ and ‘Brahmastra’ franchises, the scale is humongous, which was one of the reasons the 1955 novel has been adapted only in the third decade of the 21st century.

AR Rahman composed the score, Ravi Varman cranked the camera, and A. Sreekar Prasad handled the editing duties for the movie.

The story is about the early days of Arulmozhivarman, who became the emperor of the Chola Empire called Rajaraja Chola I and is remembered for reinstating the Chola influence.

As the title suggests, ‘Ponniyin Selvan: I’ will be followed by another part.

‘Ponniyin Selvan: I’ releases on September 30.