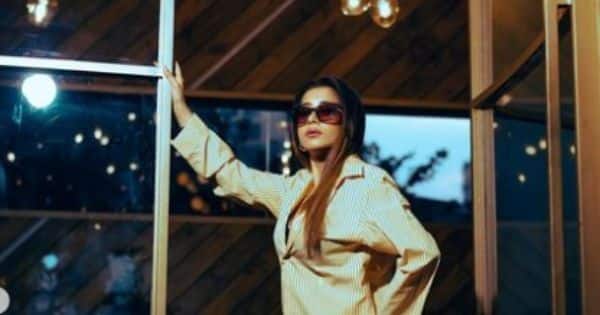 It looks like it is a season of comebacks on TV. Tina Datta who has been away from the TV space since Daayan in 2018 is now in talks for some shows. In the recent past, she was seen on Zee5’s web show Naxalbari with Rajeev Khandelwal. It was a web show. As per our sources, Shakantulam which has made shows like Saam Daam Dand Bhed, Shastri Sisters and others is in talks with Tina Datta. Also Read – Salman Khan comes out in support of Kangana Ranaut’s Dhaakad; actress reacts, ‘I will never say again that I am alone’

It seems the actress has been approached for an upcoming fiction show on Colors. The channel is going to roll out a number of new shows in the coming months. The role is of a girl-next-door who also has the oomph factor. It is totally different from what we saw in Daayan. Tina Datta was a part of Khatron Ke Khiladi 7, and many feel that she might up Bigg Boss this year. Also Read – Sarkaru Vaari Paata US box office day one: Mahesh Babu’s film off to a flying start; collects THIS amount

Tina Datta is best known as Iccha from the show, Uttaran. Of late, she was in Indonesia for a variety show. Other TV celebs like Devoleena Bhattacharjee and Vishal Singh of Saath Nibhaana Saathiya also accompanied her. Tina Datta is known for her glam photoshoots. The actress has set temperatures soaring with her bikini pics. Also Read – Dhaakad trailer: After Salman Khan, Ram Gopal Varma reviews Kangana Ranaut’s performance; compares her to Hrithik Roshan and Tiger Shroff

A source told us, “Tina is very keen to pick up a fiction project but the character and production house has to be a good one. She is ready to take up a daily soap.”