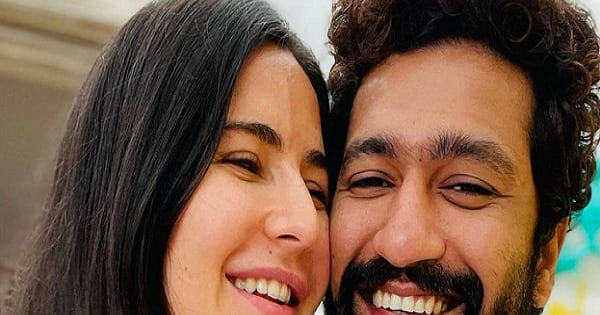 Vicky Kaushal is happily married to Katrina Kaif and it’s almost 6 months since the couple have been got hitched. However when the reports of them getting married were out, not many believed that this is happening for real. Many thought it is a prank unless the wedding pictures of the couple surfaced on the internet. Vicky who proved his prowess as an actor also won the heart of the most loved and beautiful actress Katrina Kaif. Well, it was not easy for his friends to believe too that he is getting married to the diva herself. Also Read – JugJugg Jeeyo movie review: Varun Dhawan, Kiara Advani, Anil Kapoor, Neetu Kapoor starrer gets THUMBS UP from Bollywood

In his recent video interaction Vicky finally opened up on his friends reacted when they learnt of him getting married to Ms Kaif, he laughed and said, “They were at the wedding and hung around with Katrina for a long time. So they are cool about it. They had a great time together.” Talking about how his marriage is going with Katrina he said, ” It’s going good. I feel settled. I think that’s the appropriate word. God has been kind, be it my personal or professional life.” Also Read – Jug Jugg Jeeyo Box Office: Will Varun Dhawan-Kiara Advani’s film topple the first day record of Kartik Aaryan’s Bhool Bhulaiyaa 2?

Vicky and Katrina got married in December 2021 at Six Senses Fort Barware in Sawai Madhopur and they looked every bit beautiful together. Also Read – BTS: Did RM aka Kim Namjoon hint at the temporary hiatus two months back? Netizens connect the dots and discuss the ‘reasons’

Well, it looked like Vicky and Kat are made for each other and this is how TRUE love looks. Vicky and Katrina have been dating for a year reportedly and the couple didn’t want to wait much time and so they decided to get hitched among their loved ones. They didn’t even host a reception party owing to the Omicron’s threat. Vicky’s parents are also very happy and content the Katrina Kaif as their bahu. Sunny Kaushal who will be Kats’s brother in law spoke about how adorable Bhabhi she is.

Katrina’s pregnancy rumours has been going around for quite a time now, however, the couple denied claiming that these are false reports, On the professional front, Katrina is waiting for the reels of Tiger 3 along with Salman Khan and it is reported that she will be adding Kaushal surname in the credits of her name.