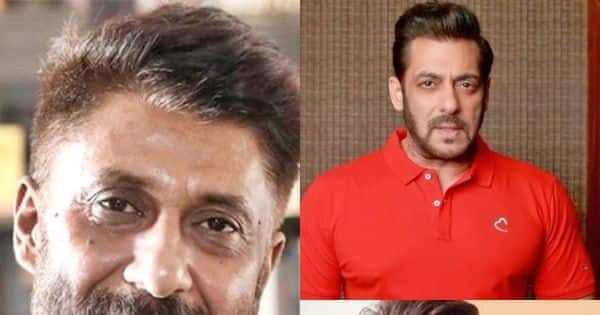 Bollywood and its celebs have seen several high and low phases in the industry. Due to COVID-19, the film industry and cinema changed completely, especially in the last six months of 2022. Now, after 2 years of shutdown, the cinema has completely changed and audiences’ expectations have increased. Vivek Agnihotri‘s The Kashmir Files which was based on the incident of the massacre of Kashmiri Pandits left viewers stumped. This film managed to create panic at the box office with its magnificent numbers and struck the right chord among audiences. Also Read – Sara Ali Khan, Janhvi Kapoor, Salman Khan and more Bollywood stars who had near-death experiences

Recently, Vivek took a dig at Bollywood’s superstars Shah Rukh Khan and Salman Khan. The director has named both the actors of Bollywood without naming them and also revealed the reason behind the sinking of Bollywood. Vivek took to his Twitter handle and tweeted saying, ‘As long as these King, Badshah and Sultan remain in Bollywood, Hindi cinema will continue to sink. If you make it a people’s industry with the help of people’s stories, then only it will be able to lead the global film industry. This is a fact.’ Also Read – Filmy Friday: When Malaika Arora said, ‘Salman Khan has not made me’ while strongly reacting to item girl remark

As long as Bollywood has Kings, Badshahs, Sultans, it will keep sinking. Make it people’s industry with people’s stories, it will lead the global film industry. #FACT https://t.co/msqfrb7gS3

On the work front, Salman Khan will be seen in Tiger 3, while Shah Rukh Khan will make a comeback after a few years with his upcoming films including Jawan, Pathaan, Dunki, and much more.