Skip to content
HomeEntertainmentWatch: Models give ‘fall fashion’ a literal interpretation at the Milan Fashion Week 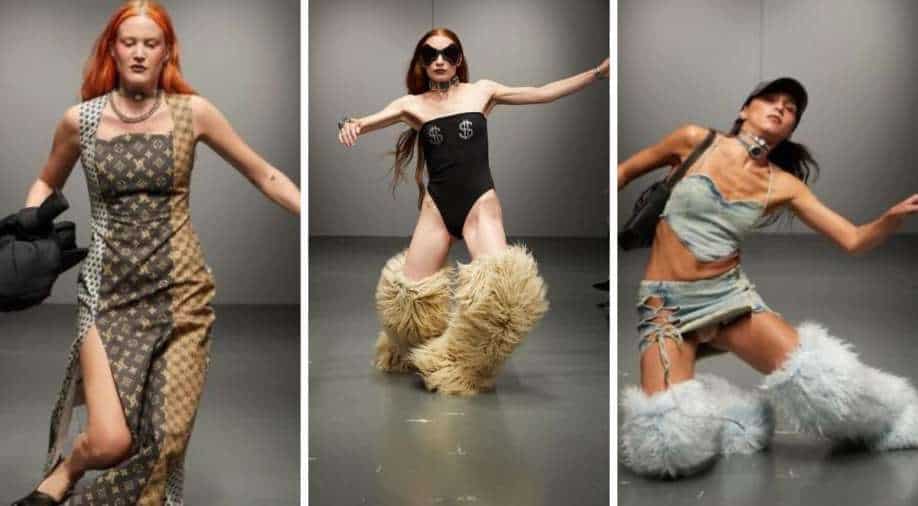 Beate Karlsson, the creative director of AVAVAV, took the term ‘fall fashion’ literally as she made her debut as a designer with the new line ‘Filthy Rich’ at the Milan Fashion Week. The show saw models intentionally falling midway on the ramp.

The brand AVAVAV is famous for its eye-popping finger and claw footwear. On Beate’s show models walked- and then fell down- wearing blingy couture with dollar-sign emblems, knee-high furry monster boots, oversized hoodies and jackets, and neutral, lilac, and pink colours.

Speaking to Hypebeast, Beate siad she wanted to showcase the ideal of success and failure through her show, making the models fall down dramatically mid-way through their walk.

The designer posted this video on her Instagram with the caption, “@beate.karlsson has devoted herself to escapism, embracing a vulgar style with one core focus – looking rich. At Milan Fashion Week, the runway debut presents a collection that plays with fashion’s fixation of status.”

She added, “Like many others I’ve craved money for the past year, everywhere I turn its part of the discussion. As a result, I want to look rich, and feel rich and I want to take it to an outrageous level. As silly as it may sound, I’ve enjoyed my fake wealth in this tough climate. I wanted to do a parody of a fashion show to go with the pathetic theme of this collection, and of fashion’s extreme superficiality, at a time when so many fake richness but risk to fall down hard”.

“This collection and the runway show are an ironic observation of how we use wealth and richness as a sort of power move. Instead of using the ‘demnaesk’ idea of putting tacky logos and statements on expensive clothing I wanted to do the opposite. The ‘Moonster’ boots are constructed in thick foam to reach the voluminous silhouette. It’s been a fun continuation of our ‘Fingers’ and a new method for us to create sculptural footwear. I thought it was fun and funny to make ridiculous statements that scream ‘I AM WEALTHY'”, said the designer to Hypebeast.

The video went viral in no time with the internet lauding the concept with many calling the show iconic. The video has garnered over 3.2 million views with 70,800 likes and several comments.