Skip to content
HomeEntertainmentWatch: Ryan Reynolds and Hugh Jackman explain how Wolverine will be a part of ‘Deadpool 3’ 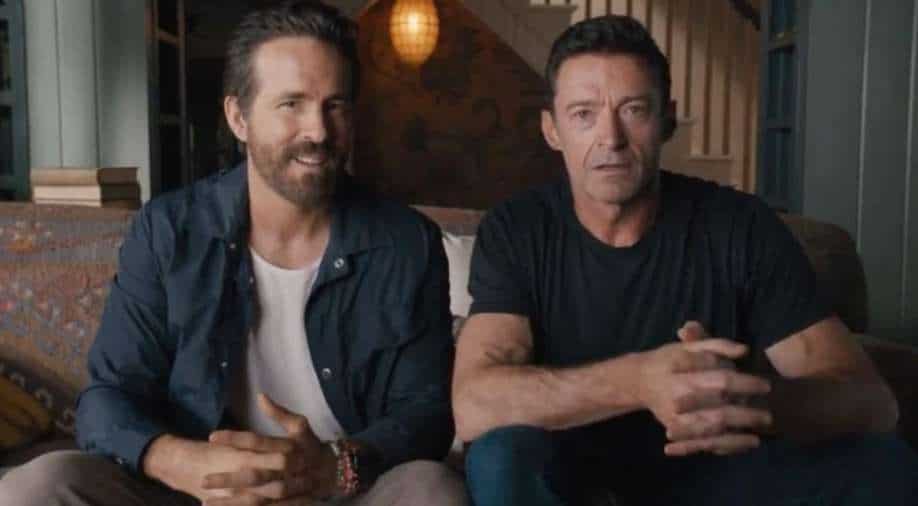 Ryan Reynolds’ post on announcing Wolverine aka Hugh Jackman’s comeback on the big screen had the internet buzzing. A few hours later, Reynolds posted another video this time with Jackman seated next to him, explaining how Wolverine is being included in the new ‘Deadpool’ film.

Reynolds and Jackman then proceeded to explain how the ‘Deadpool’ film would include Wolverine in the story considering the character died in 2017 film ‘Logan’.

Reynolds, known for his humour, did not obviously give out a straight answer and Jackman just added to his friend’s elaborate explanation.

Acknowledging that there would be a lot of questions about Jackman’s comeback as the popular character, the two actors startedoff explaining that ‘Logan’ was set in 2029.

“Logan takes place in 2029, a totally separate thing, not touching that…” The two then are seen passionately explaining the plot but music starts playing and we just see them having an animated conversation.

Watch the funny banter between Deadpool and Wolverine here:

The music only ends when they both thank Marvel chief Kevin Feige as the video ends.

Jackman had earlier denied that he will play the role ever again. His ‘Logan’, released in 2017, was considered the swan song of his version of Wolverine, and fans had been discussing the actors who can take succeed him in the role.

It is going to be a blast to see real-world frenemies squaring off against each other. ‘Deadpool 3’ is set to premiere on September 6, 2024.