Skip to content
HomeEntertainmentWhat to watch on OTT this weekend: The Kashmir Files, Modern Love Mumbai, Talendanda and more new movies and shows on ZEE5, Netflix and more

Well, this weekend will bring a lot of happiness as people will get to indulge in watching engaging and meaningful content. There is a long list of new releases that will keep you hooked to the screens and will keep you busy this weekend. From Modern Love: Mumbai to The Kashmir Files; here is a list of new films and series to watch on Netflix, Amazon Prime Video, ZEE5, SonyLIV, and more. Also Read – Modern Love Mumbai web series review: Amazon Prime’s anthology is a mixed bag that hits the right heartbeats more than it skips them

THE KASHMIR FILES – ZEE5 Also Read – What to watch on OTT this week: Modern Love Mumbai, Taledanda and more new movies and web series to binge on Voot, Netflix, ZEE5 and other platforms 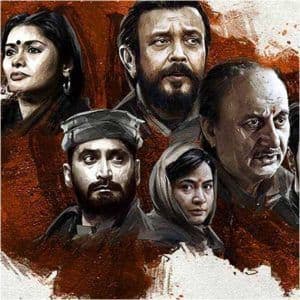 Vivek Agnihotri‘s film stars Anupam Kher, Pallavi Joshi, Darshan Kumar, and Mithun Chakraborty in main roles. The storyline of the film is about the exodus of Kashmiri Pandits during the Kashmir Insurgency in the 1990s.

The most anticipated series Modern Love: Mumbai is about six love stories of love, connection, self-love, and much more.

This movie is based on Girish Karnad’s play and focuses on the ongoing climate problem and its impact on lives. Kunna, a member of the Soliga tribe is battling severe mental health issues.

This is a music-driven film about El, who works as a stock boy and is a sneaker designer. But tries his level best to hide his artistic talent from his stepfather and two mean-spirited stepbrothers.

Mammootty will be seen in a never-seen-before avatar in this latest flick. This movie is about a father-son duo and the family that deals with trust issues.

Two adults from different families fall in love with each other. Their ideologies about love will make you glued to the screens.

The storyline of this series is based on Michael Connelly’s bestselling novel which is about Mickey Haller who runs his law practice from back of his car and takes up big, small cases.

THE KIDS IN THE HALL S1 – AMAZON PRIME VIDEO

The TV series of Canadian sketch comedy returns with a reboot that will leave you stunned at every level.