Skip to content
HomeEntertainmentWill ‘The Lord of the Rings Rings of Power’ be able to recreate the magic of Peter Jackson’s ‘LotR’ trilogy? 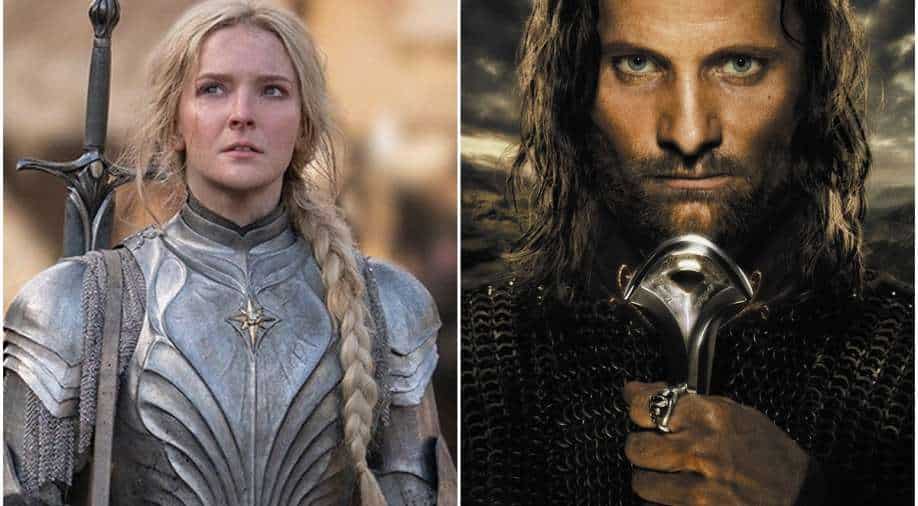 There is a new teaser for ‘The Lord of the Rings: Rings of Power’. The lavishly-produced series is made on a budget that is more than the most expensive movies. In other words, ‘Rings of Power’ is the costliest entertainment production of any kind, be it movie, show, or even video game. Amazon Studios bought the rights from Tolkien Estate for a whopping $250 million. And the five seasons of the show will cost $1 billion to make. Thus, the total budget is a staggering $1.25 billion.

While it carries ‘The Lord of the Rings’ in the title, it is actually set thousands of years before the events of JRR Tolkien’s book. As the subtitle suggests, it is centred around the forging of Rings of Power. Charles Edwards, Robert Aramayo, and Morfydd Clark lead a humongous ensemble cast.

Also Read: ‘The Lord of the Rings: The Rings of Power’ new teaser: An epic, stunning return to Middle-earth

Edwards plays the role of elven smith Celebrimbor, who is beguiled by Dark Lord Sauron, whose forces will go on to wreak havoc on Middle-earth in the War of the Ring. Aramayo is the half-elf Elrond, a character that was played by Hugo Weaving in Peter Jackson’s ‘The Lord of the Rings’ and ‘The Hobbit’ trilogies. During the Second Age in Middle-earth, when ‘Rings of Power’ is set, he is not yet the lord of Rivendell. Clark plays Galadriel, Cate Blanchett’s character in the Jackson movies. She appears to be the main character of the show.

The trailers and promos have displayed shots of immense and varied landscapes like mountains, valleys, deserts, and woods as befits Middle-earth. There is also shots of artificial structures like statues and edifices rendered on a dizzyingly huge scale. It all looks to be doing justice to the high budget.

But a big question arises: will it recreate the magic that Jackson’s original trilogy did? Released in consecutive years from 2001 to 2003, the films were a phenomenon, excelling in box office returns as well as receiving universally positive critical reception. They together won an incredible 17 Oscars out of 30 nominations, with the concluding picture ‘The Return of the King’ clinching a record 11 trophies alone — equalling the record of ‘Titanic’ and ‘Ben-Hur’ for most Oscars. More than the accolades, the movies had a seismic impact on the cinematic landscape, transforming it for the better forever.

Also Read: ‘The Lord of the Rings: The Rings of Power’ new images and plot details out

When it comes to Amazon’s attempt, the budget is certainly a plus point. It means that the makers have enough dough to spend on things like locations and visual effects.

But the secret to making productions like this successful is more than just throwing money at it. The most important thing that serves as the basis of these stories is scripting. Jackson and his writers delivered scripts that were not just epic and action-packed but also brimming with emotion and thematic depth. The series will only be successful if the writing is good.

It is likely, even probable, that the series will not match the attention that the movies received. But it is important for us, the fans, to go into the series with an open mind and consider that both productions tell different stories and are not similar in any way apart from sharing the creator who is behind this vivid world: Tolkien.