Skip to content
HomeEntertainmentWION Exclusive! Richa Moorjani on ‘Never Have I Ever’, mental health and South Asian representation 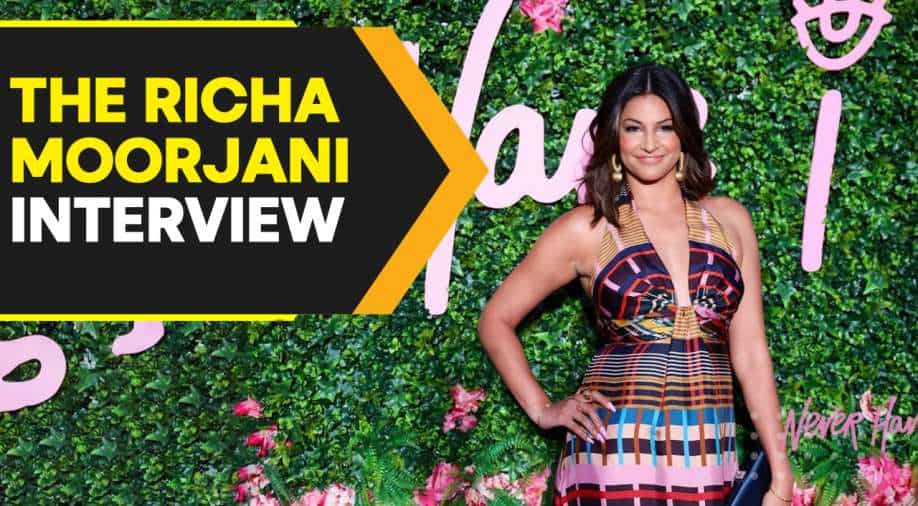 Indian-American actress Richa Moorjani, who is popular for playing Kamala Vishwakumari in the Netflix show ‘Never Have I Ever’, joined WION for an exclusive conversation from Los Angeles. Like many other Indian Americans, Richa too had an unique experience of a brown girl, who grew up in the US.

Here are the excerpts of the interview:

How did you get the role of Kamala in ‘Never Have I Ever’? What were you doing before this role came to you?

I have been in Los Angeles for about 10 years. I moved to Los Angeles to pursue acting full time. It took about seven or eight years to land a role like Kamala. Before that I was auditioning and doing small roles in other projects, but this was obviously the biggest role I got to do. It’s been a long process with a lot of learning.

Mindy Kaling had put out an ad for the role of Kamala, Devi and Nalini. It was a global casting search. I basically submitted a self-taped audition, just like Maitreyi did for Devi and that’s how I was called in for a callback and got the role. It was a dream role for me. There’s been a lot of ups and downs but I am glad that I had the journey before getting a chance of ‘Never Have I Ever’.

So we learned from social media that you are a trained Kathak dancer.  Tell us more about your journey as a dancer

Yes, my teacher is here in the U.S., her name is Srimati Anuradha Nag. She is a disciple of Pandit Birju Maharaja. I started learning Kathak at the age of five. I have also been trained in India, with Maharaj ji’s company, and it’s been about twenty-five plus years now.

What was it like to grow up as a brown girl in the US?

I actually grew up in a very… in a community with a lot of other South Asian people so I wasn’t the only brown person in my school, I actually had a lot of desi and Indian friends growing up. My family had a large circle of South Asian family friends, and a big extended family here so I’m very blessed in the sense that I never felt disconnected from my culture while growing up. I grew up doing Indian classical dance, and my parents also are musicians, they also do Indian music so the culture was very much a part of my life while growing up here. But of course, at the same time, growing up here versus growing up in India is very different as a brown person and I definitely felt the pull between the two cultures often while growing up, and even now its something that I have to navigate. But I feel really blessed to come from such a rich and beautiful culture. The fact that the arts are such a huge part of our culture I think it is part of the reason that I decided to become an artist.

Did you come to India often?

I went to India almost every year while growing up. My grandparents lived in Varanasi, that’s the dad’s side of my family and my mom’s side of the family lives in Bangalore. So I’m half South Indian, half North Indian. I spent a lot of time in India. Either in the summers or winters, we would come to India and spend a lot of time there.

Coming back to ‘Never Have I Ever,’ right now as we speak, you have a completely different accent from the one you had back in the show.

Well, I’m happy that you thought that it was my real accent that means I sounded authentic and that’s what my goal was. I know there have been many depictions of ‘the Indian accent’ in Hollywood, and we all know as Indian people that there is no ONE single Indian accent. Everyone in India, outside of India, who comes from there has a different sounding accent, we have so many different dialects depending on where you are from.
First of all I worked with a dialect coach, and I watched, lots and lots of hours on YouTube of people with the accent that I was trying to go for, and practice with my family and practice with people. I spoke in that accent at home. I did everything possible to make sure I was being authentic.

You mentioned on being both North Indian and South Indian. Can you elaborate on that?

Yea, you know I feel really lucky to come from different parts of India because I got a chance to celebrate my Kannada roots and my Banaras roots also and there’s a lot of overlap and a lot of similarities. My parents are both Hindus, so a lot of rituals and religious customs might be similar but there are also a lot of differences. The language, the food, or the way we dress in different parts of India that I’m from I get to celebrate that and that’s so exciting for me.

What were the celebrations like back at home, and which one was your favourite?

Holi is my favourite celebration and it is celebrated all over India. Everyone has their own unique way of celebrating not just Holi but all of the holidays and I think it’s really wonderful that my South Indian family celebrates Diwali differently from my North Indian family. Or they make different foods. But for me, the most fun I have is on Holi.

How did your parents meet? Were they first-generation from their families in the US?

Yeah, so my dad moved here in California when he was in his 20s to complete his PhD and my mother actually moved from Mysore to the US when she was seven so she stayed here for most of her life. So when my dad moved here he started a Bollywood music band with his friends at his college and he was looking for a female lead singer my mom was a singer so she auditioned for his band and became the lead singer and that’s how they met and fell in love and got married. They still have the band.

How did you meet your husband? What drew you towards him?

We met about five to six years ago on an app called Dil Mil, it was an app started obviously by an Indian person and it was for South Asian people looking for other South Asian people, so that’s how my husband and I met. You know I loved that he just seemed very humble, he seemed like a very down-to-earth person not flashy and he didn’t click selfies of himself in front of the mirror or wasn’t wearing any flashy suits like he seemed like a very simple person which looked very attractive to me. This was before ‘Never Have I Ever’.

You have also been an active advocate for mental health. When did you realise its importance?

I don’t think I ever suddenly realised it, it has always been important to me. I have known people in my personal life that suffer from mental illness and my mother is a therapist. So mental health has always been a subject, a topic that our family has discussed very openly. I think that is wonderful because we all know in our culture and all over the world, mental health is still a very stigmatised topic and we don’t really talk about it. That’s why it has always been very important for me in my work.