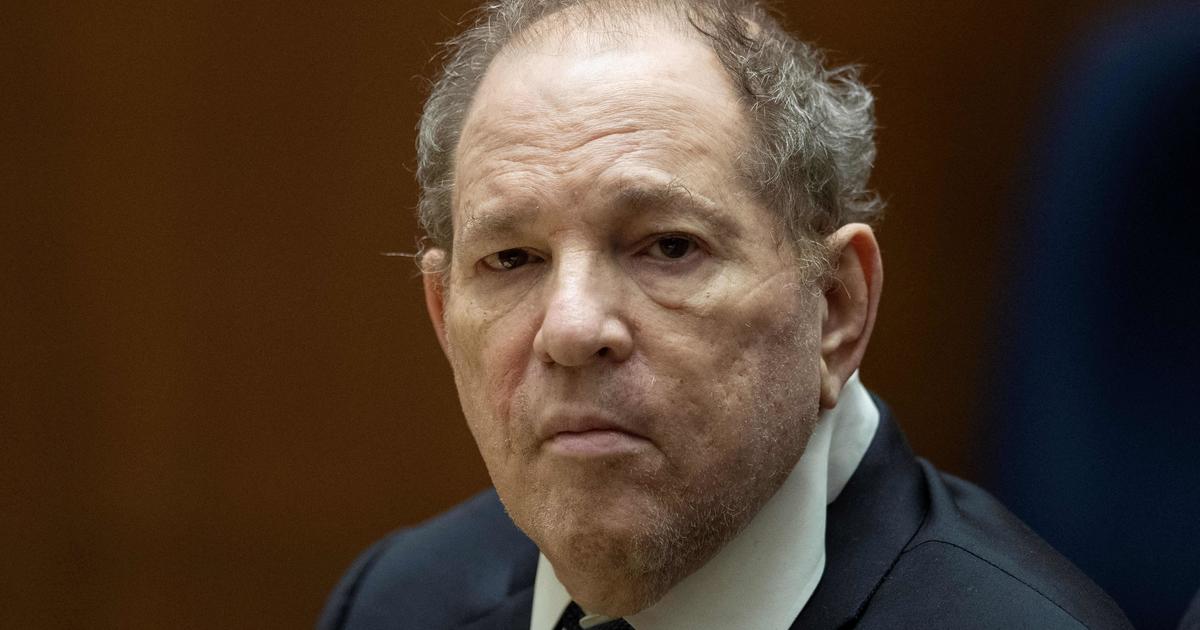 A woman who says Harvey Weinstein raped her in 2013 testified Tuesday that she had feelings of guilt and disgust that began soon after she let him into her hotel room and lasted for years.

The woman, a model and actor living and working in Rome who was in Los Angeles at the time for a film festival, said that starting the following day she began drinking heavily.

“I was destroying myself,” she said. “I was feeling very guilty. Most of all because I opened that door.”

The woman was the first of eight Weinstein accusers set to testify in a courtroom in Los Angeles where the 70-year-old movie mogul is on trial on multiple counts of rape and sexual assault. Weinstein, who is already serving a 23-year sentence for a conviction in New York, has pleaded not guilty.

Most of the women said that their assaults began with what were supposed to be business meetings with Weinstein at hotels. However, the woman testifying Tuesday said she was stunned to find him knocking at her door late on a night in February 2013 after she had met him only briefly earlier in the evening at the Los Angeles Italia film festival.

Staying in the hotel under a pseudonym, she said she had no idea how Weinstein even knew her room number and that she let him through her door initially without thinking there was any harm in it. That shifted quickly when Weinstein became sexually aggressive, she said.

The woman, whose first language is Russian, said that her English was very poor at the time though it has improved considerably since, and she thought she might have miscommunicated.

“I was feeling guilty that I did something or said something that made him think something could happen between us,” she said.

She said Weinstein forced her to perform oral sex on her hotel bed.

“I was kind of hysterical through tears,” she said. “I kept saying ‘no, no no.'”

She said she physically feared Weinstein, who outweighed her by 100 pounds or more. She said she considered running, or hitting or biting him. Deputy District Attorney Paul Thompson asked why she didn’t.

She said by the time Weinstein took her into the bathroom to rape her, she stopped physically resisting, though still objected verbally.

“I would just freeze, like my body wouldn’t listen,” she said.

She said she struggled to face her children after the incident, and felt the need to confess it to her Russian Orthodox priest. Prosecutors sought for the priest to testify, but he declined, citing religious privilege. The woman’s daughter, now 21, is set to testify later.

The woman cried occasionally during her testimony, but remained mostly composed, looking down when she grew emotional to gather herself.

A day earlier she was sobbing so much in her account of the assault, court adjourned a few minutes early.

“I want to apologize for my breakdown yesterday,” she said when she returned to the stand Tuesday. “Unfortunately I cannot control that.”

The defense was set to cross-examine the woman either later Tuesday or Wednesday.

In his opening statement, Weinstein attorney Mark Werksman said many of the counts his client is charged with were actually consensual sex that his accusers reframed after he became a lightning rod for the #MeToo movement in 2017.

But in the case of the woman testifying Tuesday, Werksman denied that the events in her hotel room happened at all.

The woman’s name is not being revealed in court. She is being referred to as “Jane Doe 1.”

The AP does not typically name people who say they have been sexually abused unless they come forward publicly.