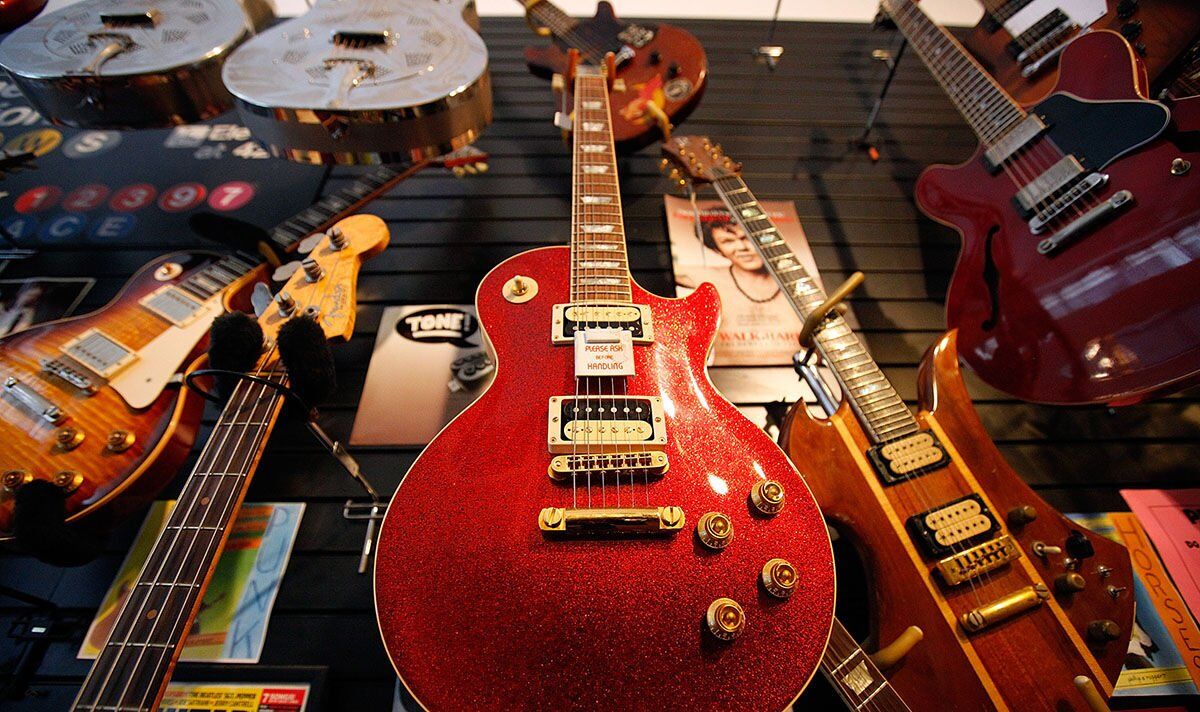 The vintage guitar business can be very lucrative, but UK experts ATB Guitars were stunned when a customer brought in an extremely rare, unregistered instrument. They were contacted by a lady who had been asked to store a guitar for her father while he moved house. Concerned her own insurance might not cover it, she had already done a rudimentary search online to find an approximate value, but she wanted to get a professional opinion. The customer estimated it might be worth around £5,000. SCROLL DOWN TO WATCH A VIDEO OF THE WHOLE INCREDIBLE STORY

Mike from ATB Guitars posted a video earlier today explaining the extraordinary “little story” of what happened a few weeks ago.

Speaking of the enormity of the discovery, he said: “This certainly doesn’t happen very much to us in the UK… I would be surprised if it happened again in my lifetime.”

ATB requested photographs but they were “awful”, blurry and hard to make out. The guitar seemed to be in terrible condition and Mike’s first instinct was that it was probably an imitation, of which many were made in the 1970s, but asked her to bring it in to be sure.

When the lady arrived and Mike saw it was in an original 1950s Cali Girl guitar case, he suddenly became much more interested.

In the video he takes out the guitar, which ATB has not refurbished at all, and confirms that it really is a rare sunburst Les Paul Standard, from the 1958-1960 period. It was regarded as a failure at the time and the model was discontinued.

It’s a ‘double-zero Burst’, which refers to the serial number, in this case 00252. Mike confirmed that while 251 and 253 are registered and in circulation, this one is so rare, it is not on most current records.

The serial number also means it was made in early 1960 but with all the 1959 attributes, like the amber bonnet knobs and neck profile. Today, it is one of the more desirable incarnations.

The customer’s father bought it in 1967 for £50 after seeing Eric Clapton play a similar one at the Marquee Club while he was still Cream. The musician was closely associated with Les Paul guitars in those early heady days and famously gave one, christened ‘Lucy’ to George Harrison.

In a serendipitous moment, the seller also threw in the vintage Cali Girl guitar case for free.

The specialists at ATB examined everything closely and confirmed the guitar is in bad condition, “the worst” Mike has ever seen. However, the finish is all original and there are no breaks and repairs, but it has had some modifications, which Mike goes through in detail.

He says: “It probably sounds terrible, to be frank, and we have no idea if it works. It has been in storage since early 1970 when the father put it in a closet and completely forgot about it.”

After doing all the exhaustive checks, ATB called the lady back and Mike told her: “Well, I have some good news and some bad news.  The bad news is it’s in terrible conditions and needs total refurberation (sic) and it has dried out badly.”

He gives a long list of all the work that is needed, starting with “a really good clean, it is filthy!”

Mike says he then put the customer out of her misery and told her: “‘The good news is that when all this is done you are looking at a guitar well into the six figures.’ There was silence for a few seconds and then you could see her face drop to the floor… After a few stunned moments of utter silence, she eventually said, ‘Wow.'”

Mike admits ATB are not quite sure what to do with the incredible find right now, but will take some time to “savour” it and then start a long restoration process.