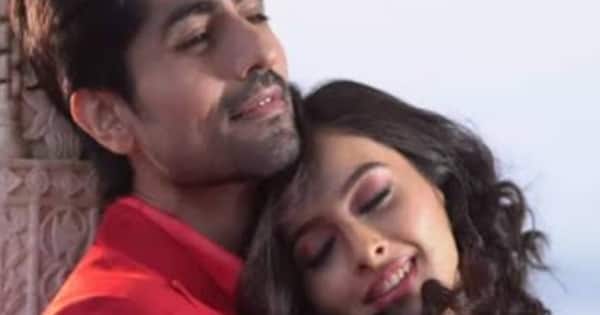 Yeh Rishta Kya Kehlata Hai is among the most viewed shows. Starring Pranali Rathod as Akshara, Harshad Chopda as Abhimanyu and Karishma Sawant as Aarohi – the show is among the most popular shows ever. Even on the TRP charts is among the top five. The star cast is loved by all. While the leads, Akshara and Abhimanyu are loved for their chemistry, Aarohi who plays the negative character has a special fan base for herself. Now, in a recent interview, Karishma Sawant has spoken about how Harshad Chopda turned out to be lucky for her. Also Read – Sidharth Malhotra and Kiara Advani twin in black as they return from Dubai vacation; fans want the Shershaah couple to get married ASAP

Karishma Sawant gets candid about her negative role as Aarohi in Yeh Rishta Kya Kehlata Hai
In an interview with India Forums, Karishma Sawant stated that Harshad Chopda turned out to be lucky for her and it was because of him she could comfortably take up the role of Aarohi. Karishma Sawant said that she did a mock test with another actor before Harshad Chopda but something did not click. As she did it with Harshad, she could comfortably pull off the character of Aarohi. Also Read – Anushka Sharma papped in a happy mood as she poses with hubby Virat Kohli at the airport; netizens quiz if ‘she’s drunk’? [WATCH]

Why did she brag about Harshad Chopda?
She also mentioned that she used to brag about working with him among her friends. She said, “Initially, when I signed the show, I used to brag in my friends’ circle about doing a show with the Harshad Chopda. My friends and colleagues used to be extremely happy about the same. When I started shooting with him, I gained a lot of knowledge merely by noticing and observing him. It has been a brilliant experience so far.” Also Read – Laal Singh Chaddha: Kareena Kapoor Khan receives major flak over her remarks on ‘cancel culture’; netizens troll her over her ‘ahankar’

Yeh Rishta Kya Kehlata Hai storyline
The show currently has Abhimanyu and Akshara being all in love and cute as a married couple. Abhi threw a glamorous party for Akshara to celebrate her birthday.