Skip to content
HomeEntertainmentZoe Saldana mourns loss of Nichelle Nichols, pays an emotional tribute to her 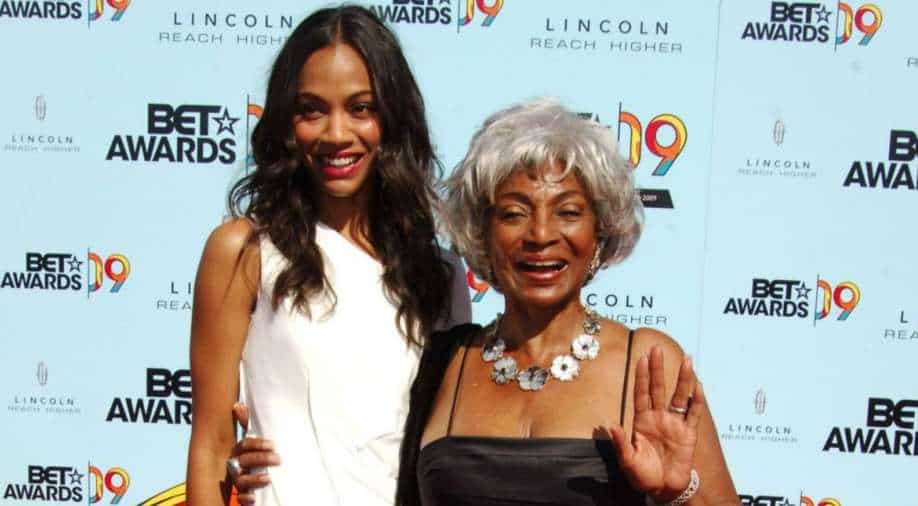 Zoe Saldana is mourning the loss of veteran actress Nichelle Nichols. Both have famously played Lieutenant Uhura in ‘Star Trek’. Saldana wrote a eulogy for the pioneering actor a day after Nichols passed away.

Saldana spoke on Nichols’ effect as a Black woman in the entertainment industry in an Instagram post on Monday, stating that “We have lost a true star – a unique artist who was ahead of her time always.”

“She`s an icon, an activist and most importantly an amazing woman — who blazed a trail that has shown so many how to see women of colour in a different light,” Saldana wrote in her post.

“Her strive for equality was unwavering.”Saldana also talked about meeting Nichols for the first time after being chosen to play Uhura in the 2009 movie. She described it as a “really memorable moment” in her life and said the actor gave her the confidence she needed to play the legendary role.

“Her energy was infectious every time I was in her presence. She convinced me in believing that anything was achievable if you put your heart into it,” Saldana wrote.

“I knew I had big shoes to fill when I was chosen to play Uhura, and Nichelle made me feel safe, told me to play her with all the confidence in the world. My hope is that we continue to keep her memory alive by celebrating her amazing body of work, and by spreading the message of peace and equality amongst all people. She lived a long, impactful life and not only prospered but helped so many others prosper too.”

In the groundbreaking science fiction series “Star Trek,” Nichols played the part of Nyota Uhura, the communications officer of the USS Enterprise, from 1966 to 1969. She later played the same role in six films that were produced between 1979 and 1991. As one of the first Black women on American television to be represented in a position of leadership, Nichols` portrayal of Uhura was extremely noteworthy. The actor was notably persuaded by Dr Martin Luther King Jr. to stay on the show after the first season.

The character`s alternate universe counterpart would be portrayed by Saldana in the 2009 “Star Trek” reboot movie and its two 2013 and 2016 sequels.According to reports, Saldana will play Uhura again in a future instalment of the movie series.