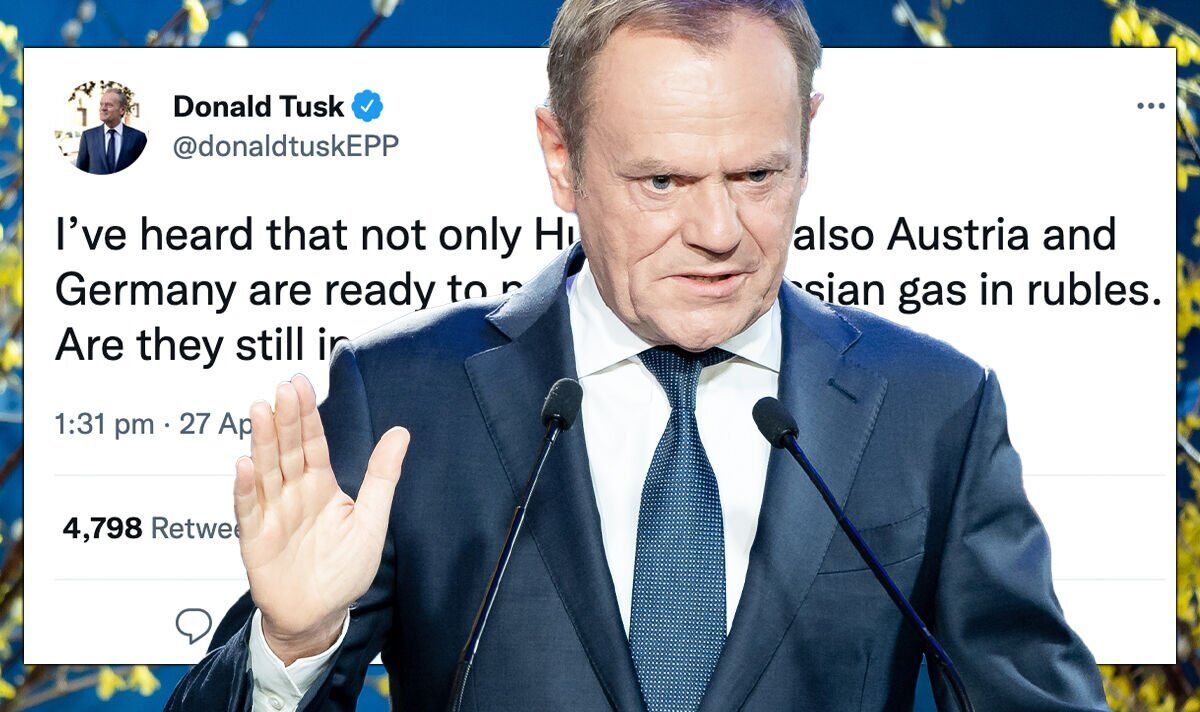 But senior Brexiteer Tory MPs have said that “the chickens have come home” for Mr Tusk after he spent years lecturing Britain over how unified the EU was during Brexit negotiations.

Conservative MP Mark Francois, chairman of the powerful European Research Group (ERG), poked fun at Mr Tusk for his claim during the Brexit negotiations that there was “a special place in Hell” for Brexiteers.

Mr Francois, a former armed forces minister, said: “Donald Tusk once famously called for Brexiteers to be sent to ‘a special place in hell.’

“So, I wonder where he now wants to send his EU partners, who are effectively bankrolling Putin’s barbaric war, by their over-reliance on Russian gas?”

Another senior Brexieer MP, Peter Bone, who chaired the Grassroots Out! Campaign group, said: “The chickens have come home to roost for Mr Tusk.

“He and the others who believed in an EU superstate are being shown that governments act in their own self interest and the interests of the voters in their countries.

“Most people in Europe don’t want an EU superstate, only the members of the elite like Mr Tusk.”

He added: “We all remember how Donald Tusk lectured us on being the renegade state and attacked Brexit.

“He constantly talked about how unified the EU was. Well it turns out that it is not.”

“With the coronavirus vaccine you [the UK] were able to get it agreed and rolled out weeks before the EU.

“It is the same with this crisis. The UK saw the threat first and was starting to prepare sanctions and other actions before the rest of Europe.”

Ukraine’s President Zelensky has also urged the EU states to follow the UK’s example while Putin has banned Boris Johnson from Russia and named him the “number one enemy.”