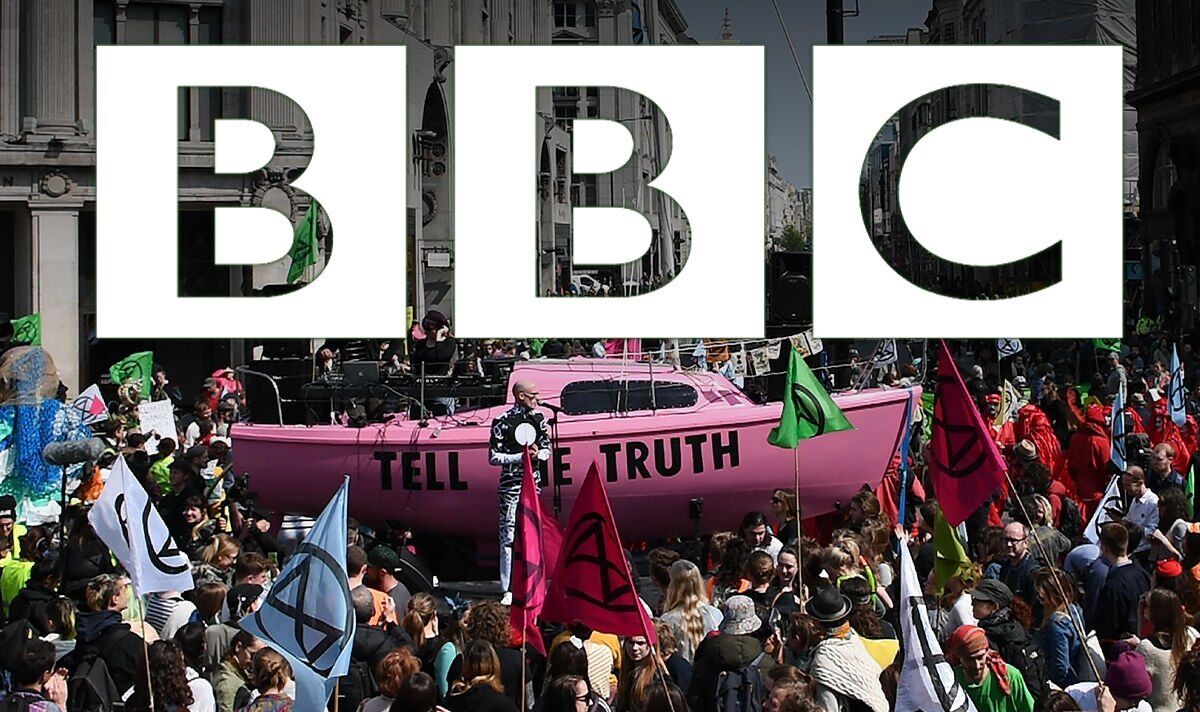 Political commentator Darren Grimes has slammed the work of climate editor Justin Rowlatt and suggested his stance on the group’s mission compromises his impartiality – a concession that, given he is part of a public broadcaster, is in the eyes of Mr Grimes all but “fine”.

He said on Twitter: “Were the BBC a private media outfit with an editorial line that was in favour of arguments put forward by Extinction Rebellion, fine.”

“We would be free to tune in and out, aware of the bias, but we’re all forced to pay for this man’s activism that’s presented as ‘fact’.”

Linking to the profile of Defund The BBC, a campaign to scrap the broadcaster’s licence fee, Mr Grimes shared a screenshot of an article in The Times that outlines the support shown by Bee Rowlatt, Mr Rowlatt’s wife, for Extinction Rebellion.

READ MORE: TV licence could be scrapped by 2027

Ms Rowlatt, an author and former BBC journalist, has participated in Extinction Rebellion protests, including one in which London’s Oxford Circus was blocked on Black Friday in 2018.

At the time, she posted a photo of demonstrators holding a sign reading “Rebel for life” and wrote on Twitter: “Best thing about #blackfriday is Extinction Rebellion bringing Oxford St to a halt.”

Later, in 2019, she praised a pregnant activist who chained herself to a protester in central London, calling her “amazing”. Police unshackled and arrested the woman.

Ms Rowlatt also supported an Extinction Rebellion “justice” fund that raised more than £440,000 to grant protesters access to legal advice after they were charged.

Another family member of the BBC editor, Mr Rowlatt’s sister, is involved in climate activism, too.

Cordelia Rowlatt, who once appeared on television speaking to her brother about how to be more environmentally friendly, was fined for taking part in an Insulate Britain protest on the M25 last year.

Adding to scepticism around Mr Rowlatt’s reporting is an investigation that found the journalist made “misleading” claims about global warming in a BBC Panorama documentary.

The 56-year-old last year presented the programme Wild Weather, in which he looked into how climate change is affecting civilisation, including the people of Madagascar, whom he claimed are on the brink of the world’s first climate change-induced famine.

He also claimed deaths are rising worldwide due to extreme weather caused by global warming.

The programme was broadcast in November 2021 to coincide with the COP26 climate conference.

The unit said extreme weather deaths had decreased in number because of improved warning systems and disaster management.

Further, the ECU ruled the documentary had made the claim about Madagascar being close to the world’s first climate-induced famine “without qualification”.

The BBC said in a statement to The Times: “The views of BBC journalists’ family members are completely irrelevant to BBC editorial decisions, and we’re surprised The Times is suggesting otherwise.

“To conflate family members’ views with decisions made by the BBC’s ECU is quite simply poor journalism.”