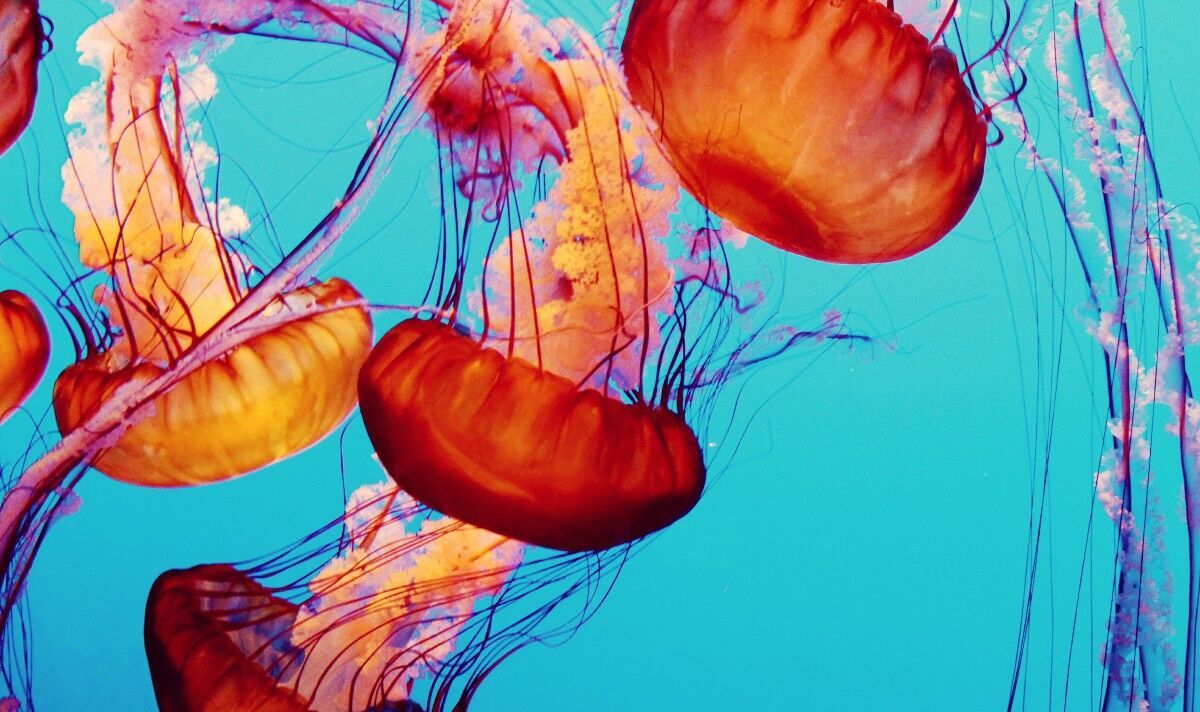 Scientists have been using ice-penetrating radar technology to examine newly-formed “gashes” in north-west Greenland. Below the landform, a sizable pocket of cold waters created from fractured ice, is brimming with life. In those waters lurk terrifying jellyfish, along with other creatures like slugs, shrimps and snails.

Now, researchers have found out that features on the frozen surface of Europa, one of Jupiter’s moons, are shockingly similar to the “gashes” of Greenland.

The water pocket in Greenland was around 15 metres below the surface.

It was thought to be over 10 metres thick and around a 1.6km wide.

Jupiter’s moon also has “double ridges”, which are about 1,000ft high and half a mile apart, first photographed by the Galileo spacecraft in the 1990s.

If Europa’s features were created in the same way, it could mean there are vast amounts of liquids on its surface.

Until now, it has remained a mystery as to how the ridges were formed.

It has also been found that Europa has a saltwater ocean deep beneath its ice shell, which scientists say could be home to microbes.

But water pockets closer to the surface, would be even more exciting, and could possibly be home to the killer jellyfish that swim the icy Greenland waters.

According to The Sun, jellyfish on Europa would far deadlier than the ones on our own planet.

READ MORE: How the UK, US and their allies could respond to a nuclear attack

Prof Riley Culberg a geophysicist from Stanford University, said: “The presence of liquid water in the ice shell would suggest that exchange between the ocean and ice shell is common, which could be important for chemical cycling that would help support life.

“Shallow water in particular also means there might be easier targets for future space missions to image or sample that could at least preserve evidence of life without having to fully access the deep ocean.”

Professor Dustin Schroeder, of California’s University of Stanford, said: “Because it is closer to the surface — where you get interesting chemicals from space, other moons and the volcanoes of Io — there is a possibility life has a shot if there are pockets of water in the shell.”

He went on: “If the mechanism we see in Greenland is how these things happen on Europa, it suggests there is water everywhere.”

He added: “Between having two potential habitats and the fact that double ridges – and the near-surface water bodies they may imply – are among the most common features on Europa’s surface, it makes this moon a very exciting candidate for habitability indeed.”

Europa is the fourth-biggest of Jupiter’s 79 discovered moons.

But shockingly, Europa’s ocean may contain double the water of those on Earth.

NASA’s robotic Europa Clipper spacecraft is set to blast into space in 2024 further examine whether this moon harbours the perfect the conditions for alien life.