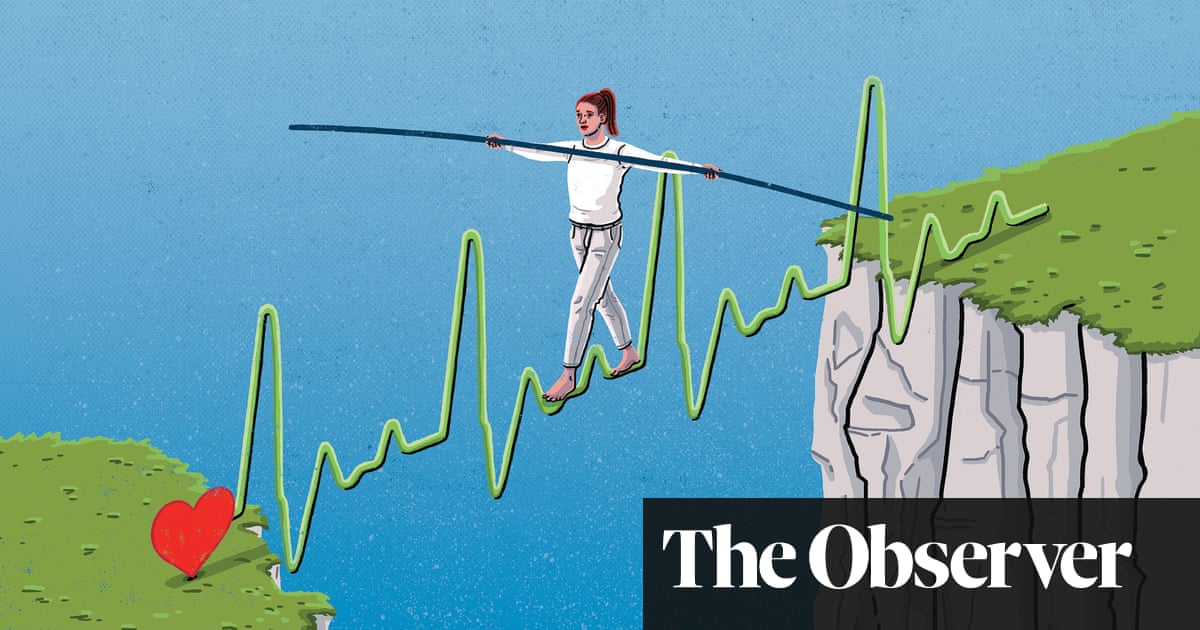 Dr Tracy Dennis-Tiwary was a professor of psychology, immersed in research – evaluating which mental health treatments worked and why – when she first became aware of an uptick in anxiety. This was some 15 years ago in New York City. ‘I work closely with practising clinicians and I remember one of them saying, ‘I’m seeing all these parents and kids coming in and they’re talking about anxiety the way we used to talk about stress,’’ she says. ‘Everything is about anxiety.’

Back then, Dennis-Tiwary believed treatments would make a difference. ‘I thought we were going to claw this back, but the opposite happened.’ Instead, that uptick became an avalanche. Today, anxiety disorders are the most common mental health issues in the US, affecting 30% of adults. In the UK, prescriptions for anti-anxiety medications have almost doubled over the past 15 years, with a sharp rise among the under-25s (in the US, says Dennis-Tiwary, prescriptions have quadrupled). In 2021, a survey of 8,000 children led Oxford University Press to name anxiety as the ‘word of the year’.

‘It’s the word on everyone’s lips, the challenge of the moment,’ says Dennis-Tiwary. ‘We have reconfigured ourselves to think of ourselves as an anxious society. We have a million great self-help books, scientifically validated treatments; we have 30 different anti-anxiety meds but the field has not kept pace with the treatment and prevention of physical disease. None of it is sticking.

‘I was part of the problem, however well-intentioned, until I started to wake up about a decade ago and began thinking, ‘Wait a second. What are we saying to people?’ The idea that anxiety is something to manage or eradicate, a habit to be broken, is wrong and actually doing us harm. It’s literally a recipe for more anxiety.’

This is the central message in Dennis-Tiwary’s new book, Future Tense. She concludes that the problem isn’t anxiety itself, but our beliefs about it and our attempts to avoid it, which are not only destined to fail, but also to make us weaker and more fragile. It’s a vicious cycle.

To help reframe anxiety as an ally not an enemy, Future Tense takes a deep dive into the emotion itself. ‘Anxiety is very different to fear,’ says Dennis-Tiwary. ‘Fear is the certainty that something bad is happening to you. Anxiety is about uncertainty; it’s the feeling that something bad could happen, but might not. It’s the discrepancy between where you are and where you want to be.’ So you’re anxious about failing your exams. About that lump. Finding your first job. ‘Anxiety is designed to feel bad – your heart races, your blood vessels contract – so you sit up and listen,’ she says. ‘But unlike fear, anxiety contains hope. Our dopamine levels increase – that’s the feelgood hormone that happens when we’re rewarded.’ The distant prospect of acing those exams, of getting a clean bill of health or landing your chosen career is the dopamine talking. Anxiety can focus the mind, drive you to revise harder, to see a doctor, to seek new pathways towards your chosen career. ‘It’s a horrible emotion, it feels terrible,’ says Dennis-Tiwary. ‘But it’s a beautiful emotion, too.’

The key distinction between anxiety and an anxiety disorder is functional impairment – when our ways of coping impede on normal life. Perhaps we stop leaving the house. In cases of obsessive compulsive disorder, we might create rituals to dampen the feelings. Dennis-Tiwary advocates treatments like exposure and response prevention, a cognitive behavioural therapy, which helps patients confront whatever they are anxious about.

But her biggest wish is to change our approach at a much earlier stage so that anxiety won’t drift into a disorder. ‘First, it’s the understanding that being anxious is not a malfunction, it’s helpful and useful,’ says Dennis-Tiwary. ‘If you wake up with that feeling, it’s worth tuning in and sitting on it for a while. Why are you feeling like this?’ She gives the example of her first pregnancy when she learned that her son would require open-heart surgery within months of his birth. Her anxiety was off the scale, but it energised her to do everything in her power to minimise the odds of the worst outcome imaginable. She gathered knowledge from every paper ever published about her son’s condition, she found the best possible surgeon, she planned for every contingency.

Anxiety helps us forge forwards with creative solutions, but there are times when there is little we can do to address a future uncertainty. Dennis-Tiwary suggests many ways of coping here. Connecting with friends and family is a soothing first step. Cultivating things that immerse you in the present moment is also helpful.

‘Mindfulness is one technique, but whatever works for you. Exercise is an incredible way to find flow and bring yourself to the present. Music – whether you perform or listen to it. Walking in nature. I love to write poetry – bad poetry most of the time but it leads me to a state of expansive thinking.’ Making a daily to-do list can claw back some sense of control and achievement.

The worst possible response is to instead stamp out the feeling or attempt to avoid it. Humans, says Dennis-Tiwary, are ‘anti-fragile’ – we only strengthen and grow when challenged. ‘Our emotional systems are like our immune systems,’ she says. ‘If our immune system isn’t exposed to germs, it remains weak. If our muscles aren’t used, atrophy sets in. It’s only by feeling our anxiety, listening and acting on it that we cope better next time.’

For this reason, Dennis-Tiwary expresses grave concerns over our creeping collective anxiety-avoidance techniques like safe spaces and trigger warnings. ‘I think they’re counter-productive and so far, the evidence suggests that, too,’ she says. ‘What they tend to do is inform someone that they’re not up to the task and that difficult emotions are harmful.’

Snow-plough parenting is another counter-productive development. ‘Here in Manhattan, it has replaced the helicopter parent,’ says Dennis-Tiwary. ‘This removal of obstacles, fixing things before they’ve happened. I know it’s so hard being a parent – it takes everything for me not to step in – but we have to have faith in our kids, acknowledge their emotions, show we have confidence they can figure it out. We need to help them through, not around.’

This speaks to me. In 2020, my youngest daughter was the target of some harmful behaviour at her school. She came off her phone. She cut contact with her peers. Within weeks, the schools had closed, too, the country in lockdown and my daughter’s anxiety over ever going back or making new friends was sky high. I was so tempted to lift that weight off her back by telling her she never had to. I came close. I thought about moving house. I enquired about other schools. I researched home schooling. But then what? At some point, she’d have to step back into the world. The kids from her school lived all around us. On social media, they’d never be more than a click away. I knew that the best outcome was the hardest – to go back.

Anxiety brought my daughter to rock bottom, but by sitting with it, getting through not around, she’s stronger and wiser

Strangely, in the months that followed, my daughter used many of the methods outlined in Future Tense. She filled notebooks with lists that she carefully ticked off each day. At first they were basic – ‘shower’, ‘wash hair’ – but as she began to follow interests and find meaningful distractions (teenagers without phones have a lot of hours to fill), they became more character-building. ‘Meditate’’, ‘French Duolingo’, ‘Leg workout with weights.’ My own anxieties brought some horrible physical effects – loss of appetite, my clothes stopped fitting – but my mind whirled with ideas, new ways to build her up. Some actually worked. She attended a film course, where she bonded with a girl over a shared interest (still one of her closest friends). Though we weren’t going on holiday that summer, I asked a family in Madrid if they knew a teenage girl interested in a fortnight’s exchange. My daughter returned from that trip the happiest and most relaxed I’d seen her.

At school, it probably took a full year before my daughter felt safe in new friendships. Anxiety brought her to rock bottom, but by sitting with it, getting through not around, she’s deeper, stronger and so much wiser. I couldn’t be prouder. Like Dennis-Tiwary says, it’s horrible, it feels terrible – but it’s beautiful, too.

Future Tense: Why Anxiety is Good for You (Even Though it Feels Bad) by Tracy Dennis-Tiwary is published by Little, Brown on 3 May at £14.99, or buy a copy from guardianbookshop.com for £13.04