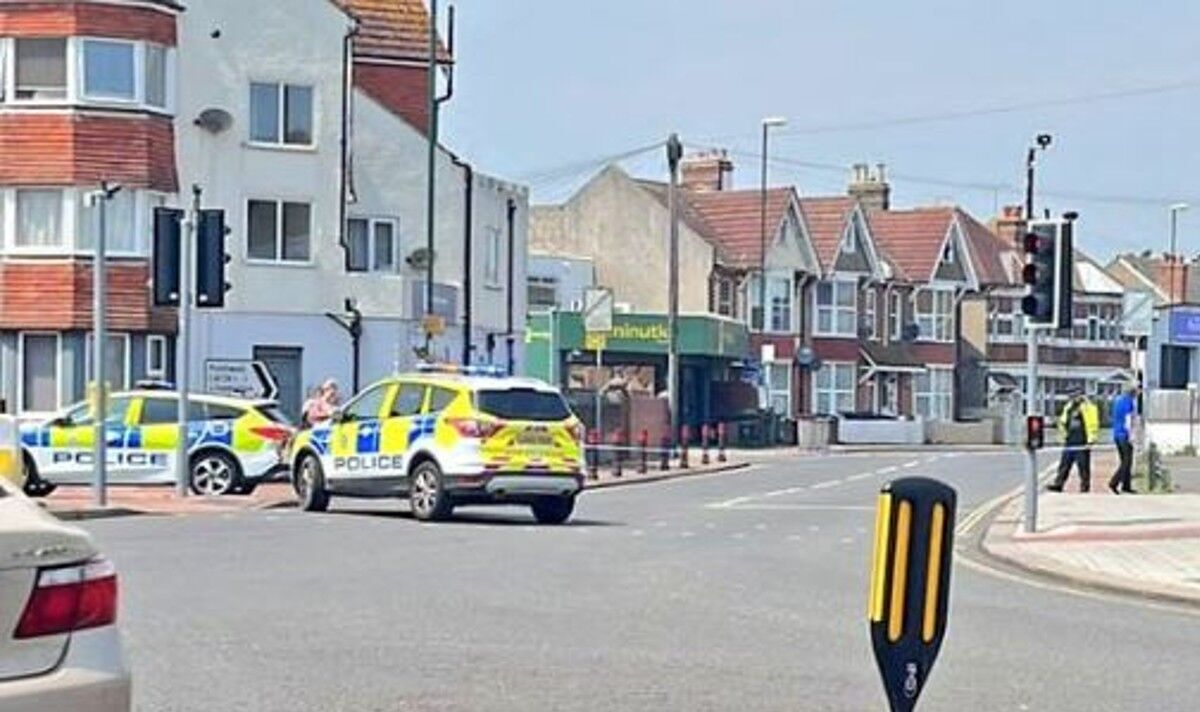 At least three police cars, including a police dog unit, have been spotted in the town centre near the train station, while a helicopter has reportedly also been in attendance.

The incident occurred on Longford Road, between Linden Road and Clifton Road, forcing its closure in both directions, according to traffic monitoring system Inrix.

In images shared on social media, a cordon appears to be in place.

The nature of the incident remains unclear.

Bognis Regis made headlines on Thursday as a man who pretended to be a police officer so he could steal an elderly woman’s bank card to make numerous purchases was jailed for four years.

James Beaney, of Gravits Lane, was linked to at least two distraction burglaries by authorities.

Beaney, 45, called at the home of an 89-year-old man at 8pm on May 16 claiming to be a plain-clothed police officer and insisted on searching the property to ensure the person living there was not the victim of a recent burglary.

Nothing was stolen in this instance.

But the same time the following night, Beaney called on a 92-year-old woman in Pagham, again pretending to be from the police. He made an excuse to get into the property before stealing her wallet containing cash and a bank card, which he then used to buy food and alcohol from nearby stores on at least two occasions after the burglary.

Beaney was captured on CCTV.

He was arrested and charged with burglary, burglary with intent to steal, and two counts of dishonestly making a false representation to make a gain for himself or cause loss to another.

He pleaded guilty to all offences at Portsmouth Crown Court on June 17 and was sentenced to a total of four years’ imprisonment.

Detective Constable Gaye Moore, of Bognor Regis Investigations, said: “Beaney preyed on vulnerable elderly residents and gave a false account — even going as far as to claim officers did not carry identification while undercover — in order to enter their homes and steal their valuables.

“Thanks to the accounts provided by the victims and some witnesses, we were able to swiftly identify and locate Beaney, and link him to these offences. Now justice has been served.

“I’d like to remind residents to remain vigilant and challenge anyone who calls at your address without ID, especially if they are unexpected. No professional will mind waiting outside whilst you make a call to confirm their identity, and police officers will always show their warrant card.”