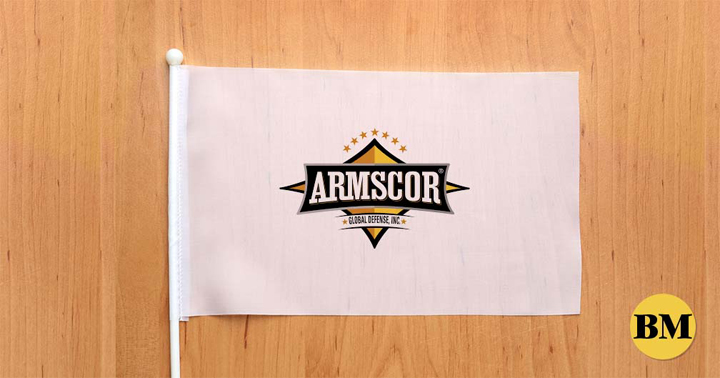 Armscor Global Defense Inc. (AGDI) said it has forged a partnership with ArmorLube, a United States-based high-tech coating technology company, to build a facility that would enhance AGDI’s manufacturing capabilities.

However, AGDI said the plans were put on hold due to the Covid-19 pandemic but the easing of restrictions has paved the way for the partnership to now go “full on.”

Tudhope said an ArmorLube coating facility is currently being built within the AGDI compound in Marikina.

The local manufacturer of firearms said ArmorLube, which is based in Arizona, has pioneered a line of next-generation ultrahard coatings designed to increase the performance and extend the longevity of products across many industries.

AGDI also noted that the Arizona-based coating company has a proprietary “hollow cathode” technology that provides an advanced, ultrahard dry coating which does away with the oils and greases utilized in traditional firearms coating processes that could attract dust or dirt, resulting in carbon fouling or jamming.

AGDI said in a statement that this DLC firearm coating provides a “distinct advantage” since it increases the firearm’s performance, reliability and durability even amid the most challenging conditions.

“One of the advantages of our particular coating when it comes to firearms or other hard coatings is its ability to survive humid and salty weather areas that make firearms much more susceptible to corrosion,” said ArmorLube’s Andrew Tudhope.

“For a firearm to properly run with traditional coating, one has to clean it and oil it. But with our coating, you don’t need to oil – just clean it and it gets automatically lubricated.”

Tudhope said this is the “environment-friendly” coating process of ArmorLube which enables greater coating uniformity and thickness for complex parts, cutting down the  process to less than half the time required for traditional processes.

“Our coating is the premier in the industry, and this will benefit stakeholders because Armscor is bringing to their customers a new level of performance that is as good or better as any manufacturer in the world. We’re giving them an edge,” he said.

“With their years of experience and their capabilities – it’s a beautiful combination. What is already a good firearm like the STK 100 for instance can become even better in terms of performance and toughness at a very competitive price point.”

Meanwhile, AGDI said it is keen on tapping more opportunities that will enable the firm to be on a par with other global manufacturers.

“The standard process of finishing a firearm which has been around for so long has gone by leaps and bounds as far as technology is concerned. With robotics and now with ArmorLube, we bring our manufacturing process to a whole new level of quality,” AGDI and Rock Island Armory CEO Martin Tuason said.

“We are already world-class, but this is just a first step of many in Armscor’s future that will allow us to go head-to-head with other global manufacturers. It’s very simple for us, really: We are bringing the best of the Philippines to the rest of the world.”