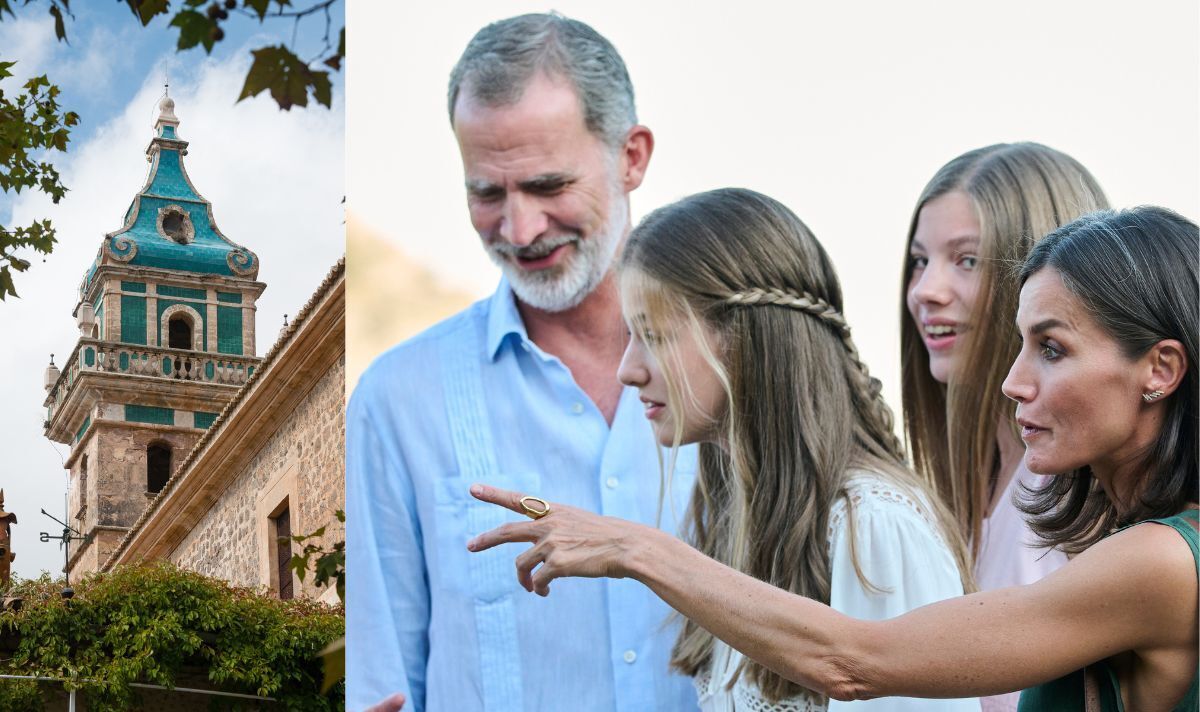 Queen Letizia was accompanied by her husband King Felipe VI and their children, Princess Leonor, 16, and Infanta Sofia, 15.

The family are taking a well-deserved rest after the teenage royals watched Spain at the Euro 2022 Championship.

The Spanish Royal Family were photographed visiting the Cartoixa de Valldemossa on the island of Mallorca on Monday afternoon.

It is a historic building that was originally a palace that was turned into a monastery in the 14th century.

The family have just begun their summer break on the Balearic island and are visiting key tourist attractions in the area just like any other family.

Unlike most tourists, the family visited the area with members of the Balearic Government as they toured the palace’s gardens and charterhouse.

Locals waited outside the building to catch a glimpse of the royal despite the extremely hot weather.

READ MORE: Meghan and Harry’s biographer’s new book to ‘have the world talking’

Fans of the Spanish Royal Family took to social media to compliment the quartet on their visit.

Twitter user @elobronstein said: “How nice! They look happy next to the town, taking photos as friends, the Princess and the Infanta are very beautiful, the Queen is very pretty and looks younger and the King gives me so much confidence.”

A second user, operating under the handle @davviz, added: “Always love and applause.”