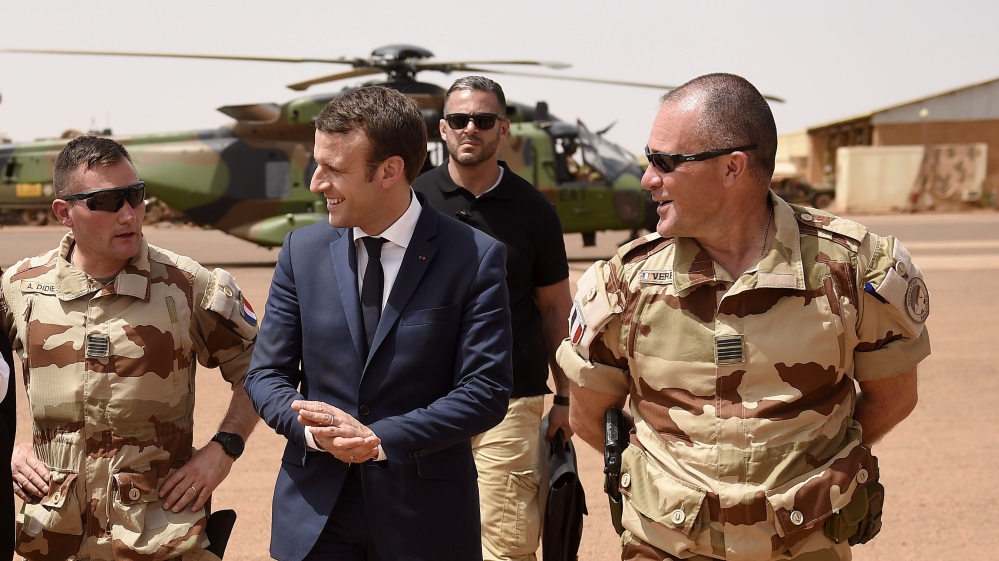 France is stationing more forces in Niger and Chad to fight ‘terrorist groups’ amid 2,400 troops exiting from Mali.

French officials are heading to Niger to redefine the country’s strategy to fight armed groups in the Sahel as its troops complete a withdrawal from Mali and concerns mount over the growing threat to coastal West African states.

Coups in Mali, Chad and Burkina Faso against pro-Parisian leaders have weakened France’s alliances in its former colonies. This has also emboldened armed groups who control large swathes of desert and scrubland and opened the door to greater Russian influence.

Concerns are growing that the exit of 2,400 French troops from Mali – the birthplace of violence in the Sahel region and stronghold of al-Qaeda and ISIL (ISIS) affiliates – will aggravate violence, destabilise neighbours and spur migration.

With the withdrawal expected to be completed around mid-year, France’s new foreign minister, Catherine Colonna, and Defence Minister Sebastien Lecornu arrive in Niger on Friday to seal a regional redeployment.

Niger will now become the hub for French troops, with some 1,000 soldiers based in the capital Niamey with fighter jets, drones and helicopters.

Some 300-400 would be dispatched for special operations with Nigerien troops in the border regions with Burkina and Mali, French officials told reporters in a briefing.

Another 700-1,000 would be based in Chad with an undisclosed number of special forces operating elsewhere in the region. French troops will no longer carry out missions or pursue fighters into Mali once the exit is complete, the officials said.

“Beyond Mali, the democratic decline in West Africa is extremely worrying with successive putsches in Mali twice, in Guinea in September 2021, in Burkina Faso in January of this year,” Colonna told a parliamentary hearing on Tuesday. “France will nevertheless continue despite these events, this withdrawal from Mali, to help West African armies fight against terrorist groups.”

“We are currently consulting with our concerned partners to define with them, according to their requests and their needs, the nature of the support that we can provide them.”

A French diplomatic source said the aim was to present a new strategy to President Emmanuel Macron in September.

French officials said the onus would henceforth be on regional countries to lead on security, while also focusing more on development, good governance and education. The ministers would announce 50 million euros ($50.4m) in aid to enhance the electricity network in Niger, as well as budgetary support.

A key area of concern was how and whether French and European troops will also support countries in the coastal Gulf of Guinea nations, such Benin, Togo and Ivory Coast, where there is an increase in attacks.

French officials said that at this stage there had been no formal request for further military assistance. Some European countries had shown an interest in continuing regional operations post Mali, the officials said.

Lecornu will travel to Ivory Coast, which also hosts French troops, on Saturday, while Macron is likely to travel to Benin at the end of July, Colonna said.