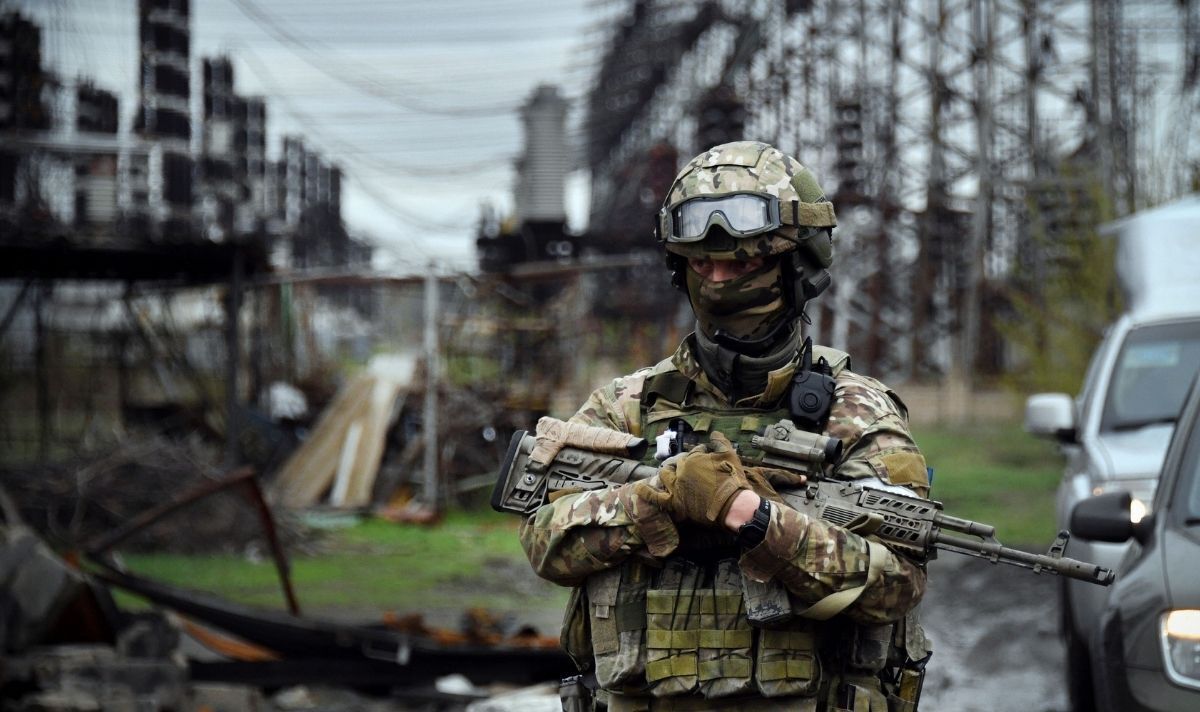 As Vladimir Putin’s forces struggle to make gains in the east of Ukraine, a Ukrainian soldier has said that the “nature” of the Russian army is helping his country’s war effort and ensuring the Russian leader is unaware of the obstacles facing his troops. The soldier, named Dima, said “corruption” within Kremlin troops meant that Putin had little understanding of the situation on the ground.

Speaking in an interview with author and journalist David Patrikarakos, Dima said: “Our greatest ally in this war is Russian corruption and the nature of its army.

“The soldier in the field briefs his officer: ‘it’s not good but we’re holding’; next guy reports up: ‘we’re holding’; the next guy: ‘it’s going well! This is why Putin doesn’t know how bad things are.”

Dima, who has been fighting in Ukraine since early March, also said that the Russian army was a long way from outnumbering Ukrainian forces on the battlefield.

Dima said: “I didn’t believe the war would happen because an invasion needs at least 2-1 numerical superiority. I looked on the borders at the army there & it was clear they didn’t have it. This is crazy.

He added: “Sometimes you play poker with a bad hand. Russia is playing without any cards at all.”

Putin’s troops are believed to be struggling to make major gains in Ukraine as Russia steps up its attacks on the east of the country.

Moscow’s forces have been plagued by logistical problems since the Russian leader launched his invasion of Ukraine on February 24, with reports of damaged equipment and problems with supplies such as food, fuel and ammunition earlier in the invasion.

Russian troops are also believed to be suffering from low morale, partly due to some troops reportedly being sent to war with Ukraine having been told they were just going on a military exercise.

As many as 15,000 Russian military personnel have died since Russia launched its invasion of Ukraine, according to Western estimates.

Western officials claimed on Wednesday that Putin’s troops were making “minor gains” in the Donbas region of eastern Ukraine as they seek to advance.

Kremlin forces are reportedly making “slow progress” in the face of strong Ukrainian resistance in the east, hampered by problems with command and control, casualties and poor weather.

Moscow is struggling to seize more territory in the region despite the Russian leader’s attempts to claim some sort of victory in the Donbas before May 9, a key date in the Russian military calendar as it marks the Nazi’s surrender in the Second World War.

One official said: “But when they come up against genuine military objectives, they are finding it difficult to overcome the staunch Ukrainian resistance and they are suffering losses.”

Speaking in an interview with Mr Patrikarakos in Dnipro in central Ukraine, Dima also blasted the “callousness” of Russian troops, who have been accused of a myriad of atrocities in the country including executing civilians, torture and raping Ukrainian women.

He said: “What has shocked me is the callousness of #Russia soldiers to their own men.”

He continued: “They just drop the bodies of their friends into trenches. Sometimes they don’t even bother to cover them

“They don’t even respect the lives of their own comrades. Incredible.”