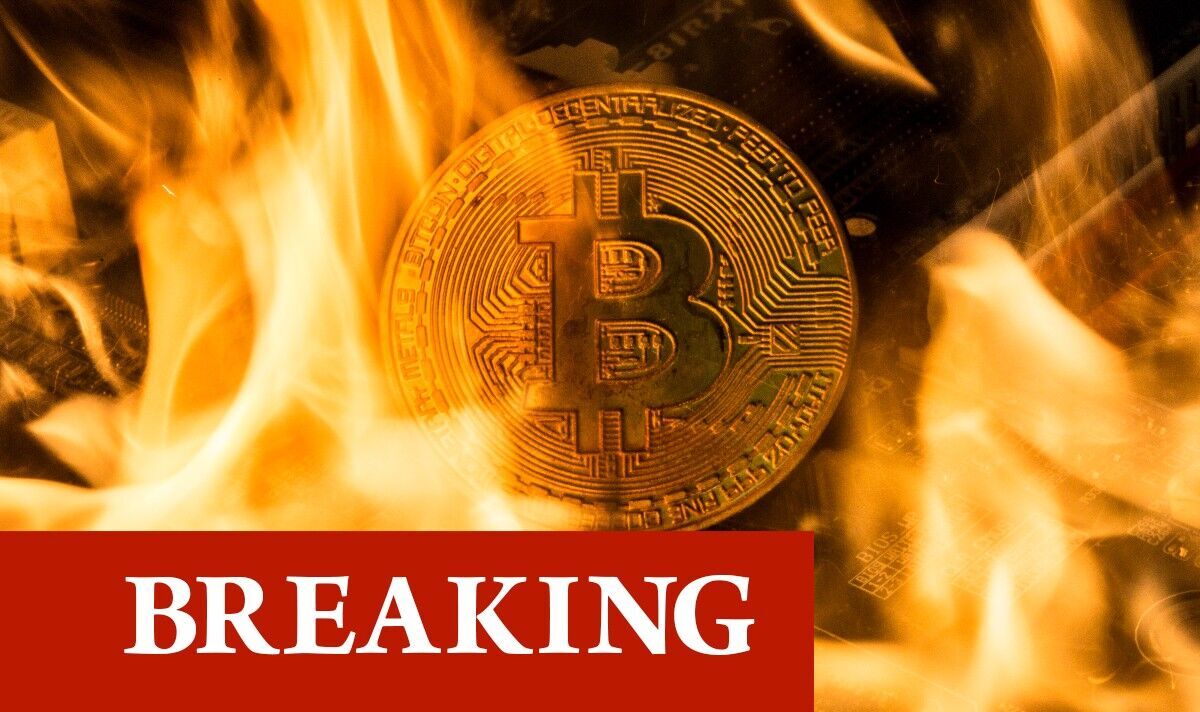 It is down more than 50 percent from its all-time price high.

This marks the latest in a severe fall since it hit its peak in November.

Bitcoin is falling alongside many cryptocurrencies, as nearly $300billion (£240billion) has been wiped from the value of the currencies as a whole over the last four days.

Others, however, have faced even worse.

Solana (SOL) fell by more than 16 percent over the last week, while Terra (LUNA) dropped by more than 25 percent.

Simon Peters, a crypto market analyst at the online trading platform eToro, said: “The concern now for cryptoasset investors is when the slide will end.

“The market is caught in the wider adversity of investment markets that are battling to decide where comfortable levels are in the wake of interest rate hikes designed to quell soaring inflation around the Western world.”

Edul Patel, chief executive officer of Mudrex, an algorithm-based crypto investment platform told Bloomberg: “The downward trend is likely to continue for the next few days,”

Bitcoin traders and investors are reportedly experiencing “extreme fear” due to the falling prices.

It currently sits at ‘11’, marking its lowest point since last year.

To put the fall into perspective, trading experts have pointed to $30,000 as a key level of value for cryptocurrencies.

Bitcoin had previously tested and recovered from that point several times in 2021.

Now, after a record-breaking run, a fall of just 10 percent would see the premier currency hit that level again.

As cryptocurrency saw increased interest from professional investors it began to operate more closely in line with the currency market at large.

This offers an explanation for the major fall now being experienced by Bitcoin and other major currencies, as traders cut down on stocks and currencies alike in response to fears on inflation.

After the Federal Reserve indicated it would raise interest rates by half a percentage point on Thursday—the largest increase since 2000—to battle inflation, the US stock market fell and government bond yields rose.

The UK Bank of England similarly increased interest rates last week by quarter of a percentage point to one percent.