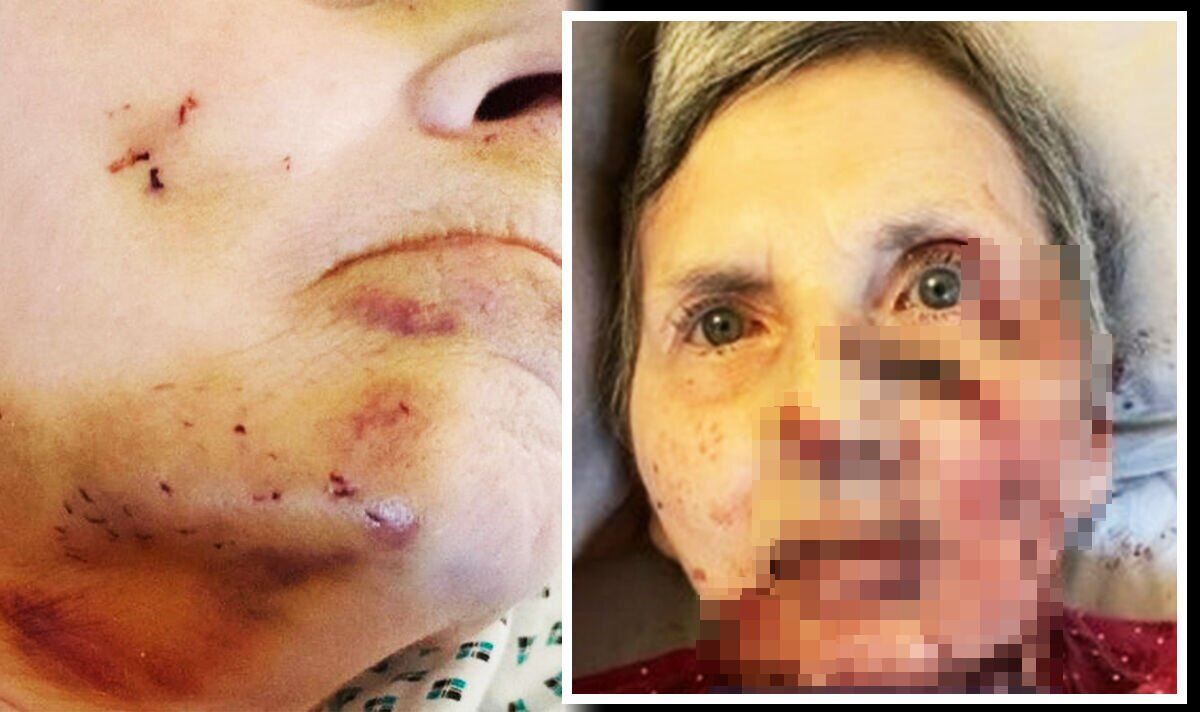 Diana Kirk was attacked by a rat while she slept at her home in Bingham, Nottinghamshire. She was discovered by her husband at 5.45am last Monday. The 76-year-old, who has brain damage, sleeps downstairs in a hospital bed.

She is cared for by her 85-year-old husband, John Kirk, and a care team.

Mr Kirk was asleep upstairs when he heard a rat “scratching around” by his feet.

He said he could not see well because of the dark room, but said it was evidently a large rodent.

He heard the noise again at 1.30am, but went back to sleep.

When he went downstairs to check on his wife just before 6am, he found her with “savage” injuries, saying there was “blood everywhere”.

“There were scratches on her face, her neck, her hands – it had tried to gnaw right through to the bone from the looks of it.

“There was blood everywhere.”

The following morning, a neighbour caught the rat by setting up a trap in the house.

When Mr Kirk went to move the rat, trapped in a cage, to the patio from inside the house he said it went to try and bite him numerous times.

A neighbour then killed the animal by shooting it four times with a pellet gun.