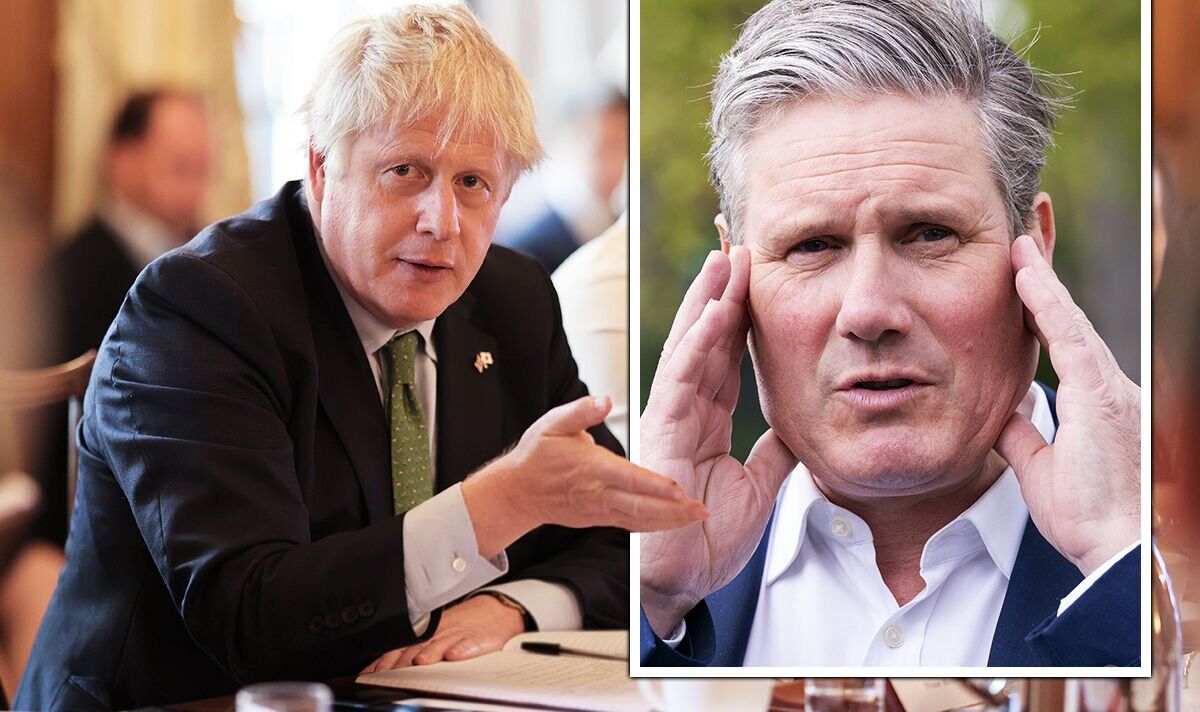 During campaigning on April 30 the two joined Labour activists and MPs to consume more than £200 of curry washed down with beer with allegations that they also passed the 10pm curfew.

At first they denied Rayner had attended the gathering but it has since emerged she was there leading to allegations that they also “misled” the public and police.

Durham Police, who initially concluded there was nothing to investigate, announced on Friday they had reopened the case because of “significant new evidence.”

A senior Conservative insider agreed that Starmer “has done the Prime Minister a massive favour.”

But he added that people in Downing Street are terrified about one possible outcome.

“Oh he (Starmer)’s saved him, unless he stands down. If he steps down, he’s forcing Boris into the same.”

Opponents have pointed out that Starmer’s position is becoming increasingly untenable.

He had previously described Mr Johnson as a “criminal” for receiving a fine and said he is “not fit to be Prime Minister.”

Before the Metropolitan Police issued the fine he also said that being investigated by the police was a big enough reason for Mr Johnson to be forced out as Prime Minister.

Even leftwingers have turned on Starmer over his hypocrisy.

Former Corbyn adviser Aaron Bastani Tweeted: “Watch this till the end. Starmer can’t explain the difference between what he did, and what Johnson did. And yet he called for the Prime Minister to resign. It’s an obvious double standard.”

This has come after Diane Abbott led an attack from the Left on the mediocre results for Starmer in the local elections.

Labour even lost a council in London, Harrow, to the Conservatives, on a day they were set up to sweep the board in the Capital.

The Techne UK/ Express tracker poll showed that Starmer can only win with a Lib Dem and possibly SNP EU Rejoiner rainbow coalition.

Meanwhile, of the potential leaders to relace Johnson, Defence Secretary Ben Wallace is the clear favourite ahead of Foreign Secretary Liz Truss.