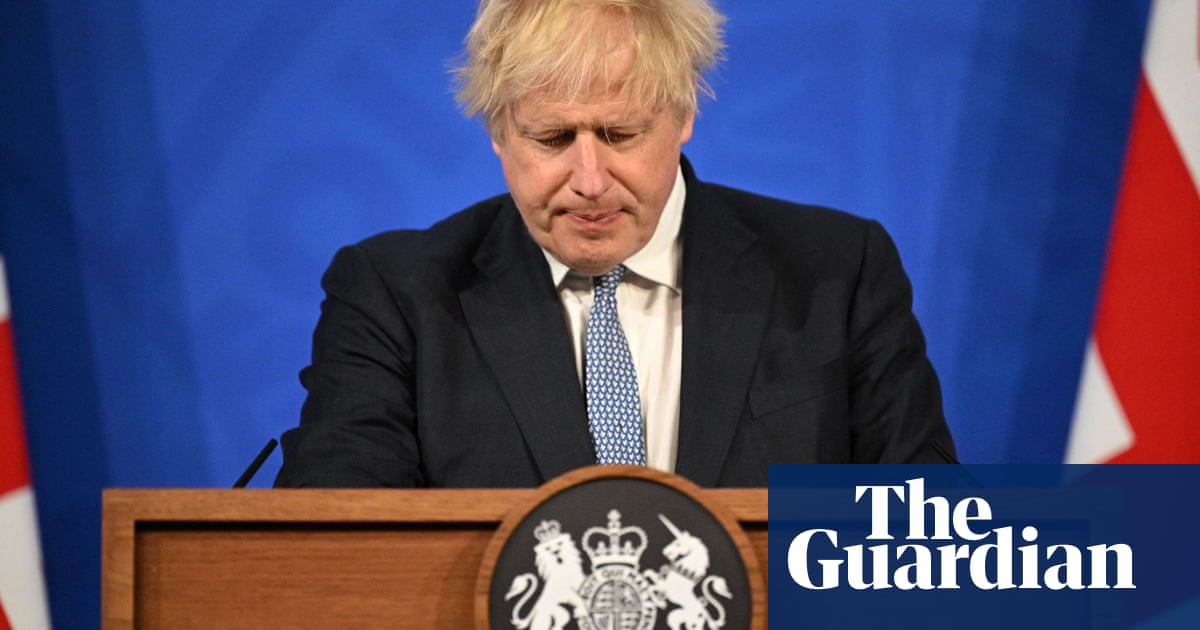 Boris Johnson has insisted he was oblivious to a culture of excessive drinking and partying in Downing Street during lockdown, despite a damning report laying bare a litany of rule-breaking behaviour at the heart of government.

Sue Gray’s final report, published on Wednesday, set out details of 15 events where officials variously spilled red wine on the walls of No 10, vomited, got into a fight, used a karaoke machine, and continued festivities until 4am while the country was subject to strict curbs on socialising.

But in a series of statements, the prime minister claimed he had merely attended “work events” to boost morale, while a cabinet minister urged the public to “move on”.

According to the long-awaited report by Gray, a senior civil servant, No 10 officials planned many of the events in detail, sometimes in the face of warnings against proceeding.

Messages were revealed warning drunken staff to leave via the back entrance of Downing Street, apparently to avoid being photographed, and saying “we seem to have got away with” drinks gatherings.

As dozens of staff partied, Gray said, there were “multiple examples of a lack of respect and poor treatment of security and cleaning staff”, prompting an apology from Johnson on Wednesday.

The report concluded: “Whatever the initial intent, what took place at many of these gatherings and the way in which they developed was not in line with Covid guidance at the time … the senior leadership at the centre, both political and official, must bear responsibility for this culture.”

Chris Bryant, the chair of the House of Commons standards committee, said the prime minister had turned Downing Street into “a cesspit full of arrogant, entitled narcissists”.

Julian Sturdy, the MP for York Outer, publicly called for the prime minister to step down, saying he had presided over “a widespread culture of disregard for coronavirus regulations”. He said: “I am now unable to give the prime minister the benefit of the doubt and feel it is now in the public interest for him to resign.”

Sturdy is understood to be one of at least three Tory MPs who submitted letters of no confidence in Johnson on Wednesday.

The prime minister told MPs he took “full responsibility for everything that took place on my watch”. But he insisted it had never occurred to him that any of the eight gatherings he attended were against the rules.

As Johnson gave a press conference, cabinet ministers sent a coordinated round of tweets, each suggesting it was time to stop focusing on the Partygate scandal.

The Tory co-chair Oliver Dowden said: “A full and genuine apology has been given and it’s now time to move on.”

The chancellor, Rishi Sunak, who was fined alongside Johnson for attending the prime minister’s birthday party, repeated his own apology and added: “The prime minister has apologised and lessons have been learned. I hope we can now move forward and continue delivering for the British people.”

Johnson, explaining his appearance at events including leaving dos, said he saw it as an important part of his role to say goodbye to departing colleagues. He is pictured in the Gray report raising a glass to the departing director of communications, Lee Cain, in November 2020.

“I believe they were work events, they were part of my job, and that view appears to be substantiated by the fact I wasn’t fined for those events,” Johnson said. “I believe that recognising achievement and preserving morale are essential duties of leadership.”

He claimed that staff at the parties, some of which continued into the small hours, believed they were working.

“It’s my strong impression that they genuinely believed that what they were doing was working. I certainly don’t think that they set out to deceive you about that,” Johnson said when challenged about whether No 10 spokespeople had lied when they repeatedly said no parties took place. Several of the events described by Gray were held in the Downing Street press office.

Johnson will now face an inquiry from the House of Commons privileges committee about whether he misled parliament when he claimed Covid guidance was followed at all times.

Insiders believe the hundreds of photographs Gray received as part of the inquiry will be handed to the privileges committee as part of a bundle of evidence next week. Gray published seven photos in her report, all taken by Johnson’s official photographer.

The Scottish Tory leader, Douglas Ross, who has repeatedly shifted position on Johnson, said the PM should step down if he is found by the committee to have lied.

Johnson repeatedly declined to deny reports that he had asked Gray not to publish her report. Her communications officer was relieved of his duties on Sunday, a decision understood to have been made by No 10. It followed a row on Saturday after Gray’s office denied Downing Street’s claims that she had instigated a meeting between her and Johnson.

Gray has told friends that during the early part of her investigation, several senior civil servants complained about cooperating fully with the inquiry – but tensions arose with No 10 last week for the first time.

After Johnson was heavily criticised in April for joking with backbench Tories hours after he had apologised to the Commons for being fined, allies claimed he struck a more contrite tone at a private meeting with his MPs on Wednesday evening.

However, one senior Tory MP said Johnson had apologised only insincerely, claiming his performance at the 1922 Committee was “all an act – he just knows what he needs to get through this”.

The archbishop of Canterbury, Justin Welby, said it was time to rediscover standards in public life.

“Sue Gray’s report shows that culture, behaviour and standards in public life really matter. We need to be able to trust our national institutions, particularly in times of great trouble,” he said.

“Standards in public life are the glue that holds us together – we need to rediscover them and abide by them.”