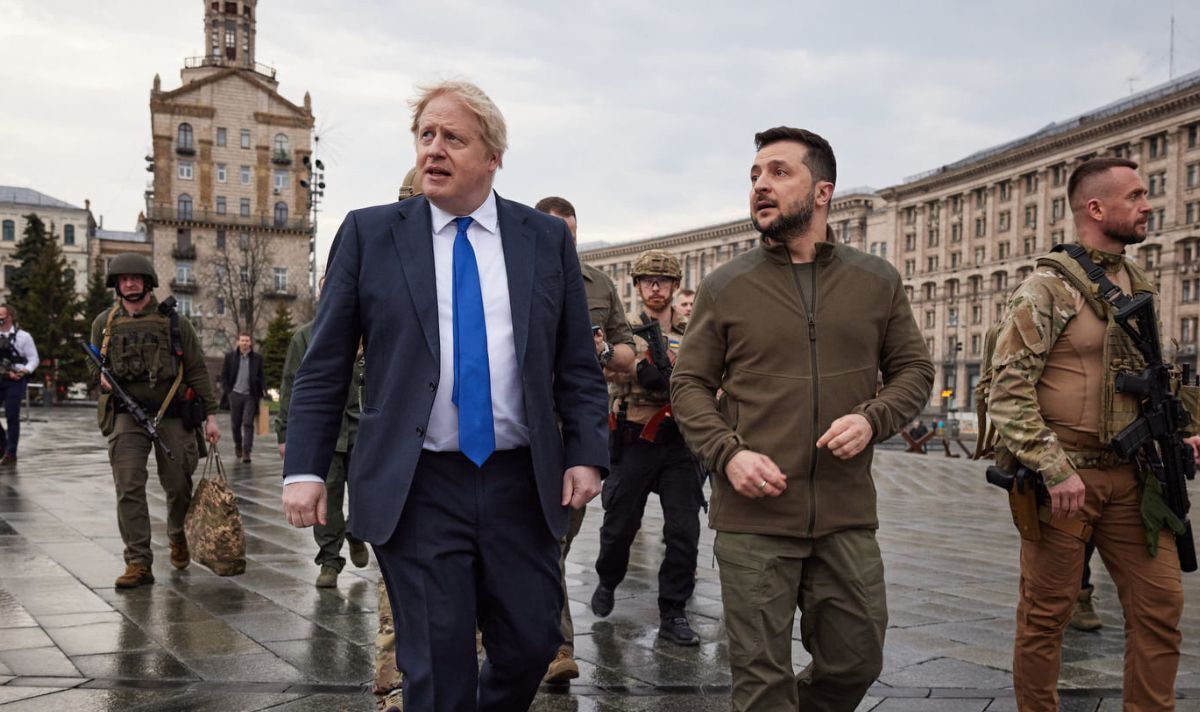 The new funding comes on top of the UK’s existing £1.5billion support to Kyiv. The existing aid to Ukraine included around £400million in humanitarian aid and grants to the Ukrainian government, as well as unlocking over £700million in additional World Bank lending through loan guarantees.

It is the highest rate of UK military spending on a conflict since the height of the Iraq and Afghanistan conflict.

Boris Johnson said the UK would help Ukraine “continue to push back the Russian invasion and survive as a free and democratic country”.

Additional equipment sent to the nation under attack will include anti-battery radar systems, plus GPS jamming and night-vision devices.

Chancellor Rishi Sunak said: “The situation in Ukraine continues to cause immense suffering with every day bringing new, tragic stories of Putin’s brutality.

The Prime Minister said: “Putin’s brutal attack is not only causing untold devastation in Ukraine, it is also threatening peace and security across Europe.

“The UK was the first country to recognise the scale of the threat and send arms to help the Ukrainians defend themselves.

“We will stand by that endeavour, working with our allies to ensure Ukraine can continue to push back the Russian invasion and survive as a free and democratic country.”

The funding was revealed before a meeting of G7 leaders to discuss what additional help can be given to Ukrainian President Volodymyr Zelensky’s forces.