Skip to content
HomeNewsBoris SNAPS at Beth Rigby as she confronts him with damning resign demand ‘Why you!’ 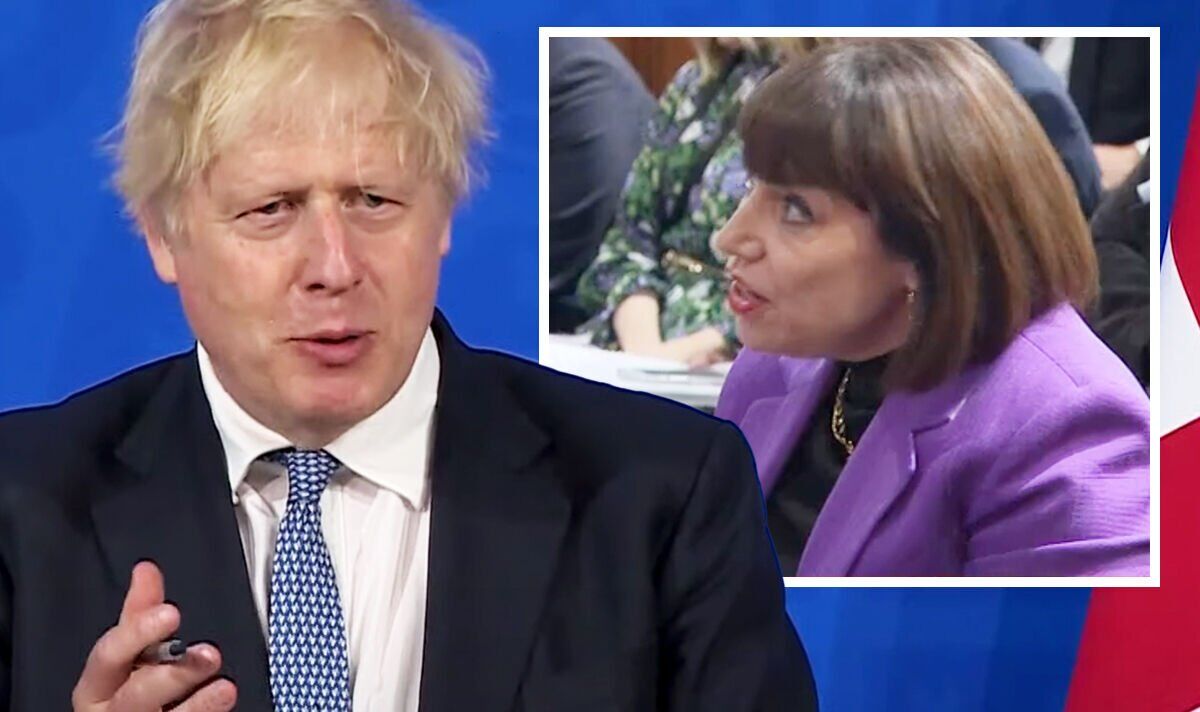 Boris Johnson was thrown aback when Ms Rigby attempted to squeeze in a fellow up question after confronting the Prime Minister with a damning poll which showed three in five Britons wanted to see him resign. Mr Johnson demanded to know why the Sky News‘s Politics Editor had the power to ask a second question when it appeared that other members of the Downing Street press pack had been limited to only one. Ms Rigby continued undeterred by the Prime Minister’s protests as she continued to grill him over the conduct of Downing Street staff in the wake of the Sue Gray report revelations.

Ms Rigby has asked the Prime Minister: “Did you never for a moment during the past five months, when that report landed on your desk and you read it blow by blow, think about resigning?

“A poll out today just out says three in five Britons think you should.”

Mr Johnson replied: “Yes, and Beth I, of course, I understand why people are indignant and why people have been angry at what took place

“All I can say is that I really think that given everything that is going on right now, it’s my job to get on and serve the people of this country, not just to get us through the biggest war in Europe for 70 years but a huge spike in the cost of living and to deliver our manifesto commitments on which I was elected with a large majority.

“So I hear you, I understand you, but I really feel it’s my job to get on”

After Mr Johnson’s response, Ms Rigby doubled down asking a second time whether he had at any point thought about quitting as Prime Minister.

Mr Johnson then snapped at Ms Rigby: “Why are only you allowed to come back Beth!?”

He also defended the use of strict social distancing and lockdown rules during the pandemic.

Questioned if the measures were “too unclear, too illogical, and too tight for too long”, the Prime Minister said: “We had to implement [the rules]. This is a controversial thing and there are many people who think that you could have done without restrictions, you could have just relied on people’s personal responsibility.”

He added that the effects of coronavirus were “unknowable” and all medical and scientific advice was to proceed with “non-pharmaceutical interventions”.

“I don’t think the flaw was with the rules,” he said. “We should have recognised that the boundary between work events and socialising for people who were previously working together, in the same place, was going to be hard to draw and things should have been done differently, and they certainly are being done differently from now on.