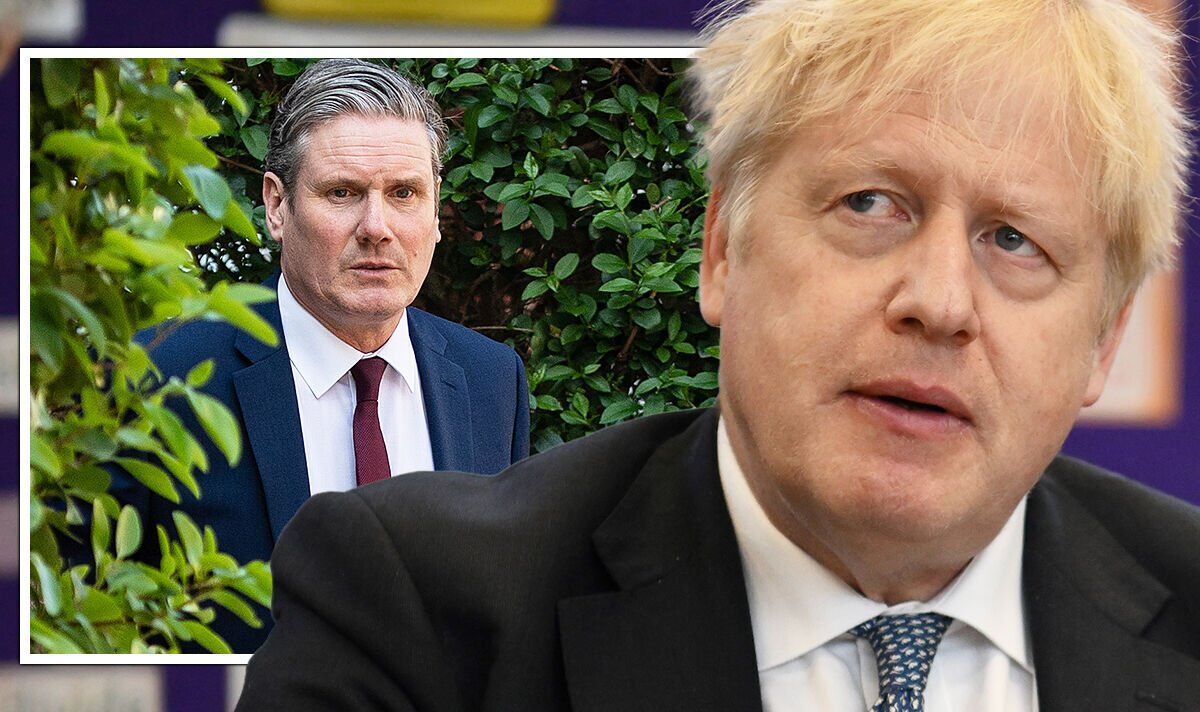 The senior party source explained: “It looks like Keir (Starmer): 1. Lied 2. Was a hypocrite 3. Cynically exploited the tragic tales of many families to score cheap political points in parliament over an issue that applied to him.”

The source close to Mr Johnson added: “The PM was in his place of work and place of residence with civil servants who – like other key workers – were exempted  from Covid restrictions to be there.

“Keir was away from home at 10pm on a Friday night having beers and curry with people who were not key workers.”

So far, Mr Johnson has received just one fine along with Chancellor Rishi Sunak when birthday cake for him was brought into the Cabinet Room ahead of the meeting the two were attending.

However, Tory MPs privately fear there are more fines for the Prime Minister coming over a “bring your own bottle party” and an “Abba party” among other allegations.

Civil servant Sue Gray who initially investigated the breaches also has what is expected to be a full damning report to come out once the Metropolitan Police has finished its inquiries.

One Conservative MP and Boris Johnson loyalist told Express.co.uk: “We are not out of the woods yet. There are some dark days to come I fear.

“It may become difficult for him [the Prime Minister].”

But insiders now suggest that Mr Johnson’s breaches are nothing compared to those of Starmer.

Meanwhile, Sir Keir has told allies that if fined he will quit.

However, critics have pointed out that previously he said a police investigation into the Prime Minister without a definitive verdict was enough for him to be removed from office.