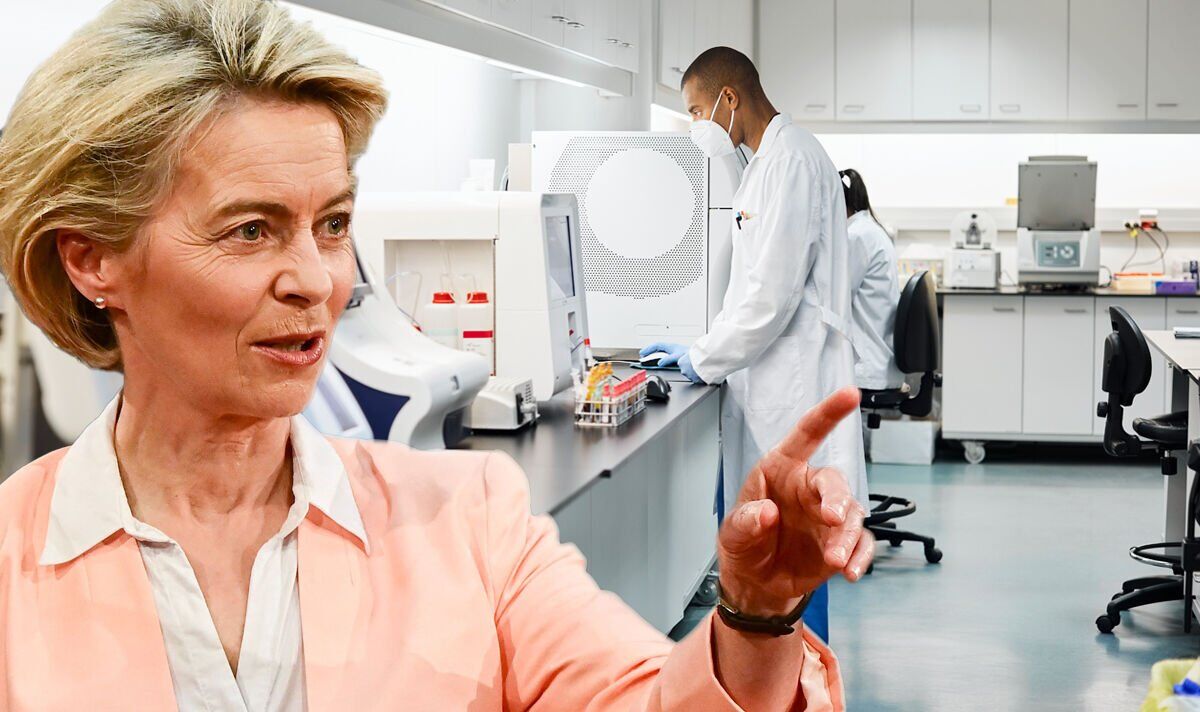 Launched last year as the successor to the Horizon 2020 programme, Horizon Europe is a seven-year initiative to provide funding for scientific research and innovation. The programme, the biggest of its kind in the world, is intended to boost European science spending by 50 percent come 2027 and is open to applications from both within the EU and associated countries. Back in late 2020, alongside signing the Trade and Cooperation Agreement, the UK and the EU reached an agreement in principle that the UK would associate with Horizon Europe after Brexit — but this arrangement has yet to be finalised, more than a year later.

Back in March, the European Affairs Committee claimed that the UK’s participation in Horizon Europe was being used as a pawn in negotiations around unrelated areas of the post-Brexit UK–EU relationship.

They said: “The apparent politicisation of mutually beneficial scientific cooperation is a deeply regrettable development.”

Part of the problem would seem to centre on disagreements between the UK government and EU officials on the subject of Northern Ireland.

The UK is presently preparing legislation with the aim of ditching parts of the protocol that governs trade between Northern Ireland and the rest of mainland Britain and was agreed as part of Prime Minister Boris Johnson’s “oven-ready” 2019 Brexit deal.

Calling the situation “very regrettable”, he added that Britain’s place in Horizon Europe is at increasing risk of becoming a “victim of the political impasse”.

Mr Vale de Almeida told reporters that he acknowledged the key role that British scientists had already played in contributing to Horizon, and that he wanted such to continue.

However, he added, the “lack of trust” between the European Union and Mr Johnson’s government — which has been exacerbated by the plans to unilaterally rewrite parts of the established Northern Ireland protocol — was leading to “a negative impact in other areas”.

This bleed-through has concerned the leaders of the UK’s universities, who have written to Mr Johnson entreating him “to make a personal intervention to break the deadlock”.

The Russell Group — which represents 24 of the UK’s most research-intensive universities, including both Oxford and Cambridge — have warned that being able to participate in Horizon Europe would be essential if Mr Johnson is to achieve his goal of making Britain “a science superpower”.

According to Russell Group leader Dr Tim Bradshaw, the universities in the group alone have been awarded more than 1,400 individual European Research Council grants worth a total sum of a whopping €1.8billion (£1.6billion).

This, he noted, is “more than the whole of France”.

In the event that Britain is unable to take part in Horizon, business secretary Kwasi Kwarteng has drawn up a plan — expected to launch as early as next month — which will see the government invest £6billion over the course of three years on a new global science fund.

However, the Russell Group has warned that this will not be comparable to membership Horizon Europe, which it dubbed the “the Champions League for research”.

Dr Bradshaw is understood to have penned a separate letter to the EU Commissioner for Interinstitutional Relations and Foresight Maroš Šefčovič, who is in charge of discussion with Britain over the Northern Ireland protocol, requesting his assistance.

Dr Bradshaw said: “The UK’s full association to Horizon is at risk.

“We are concerned that much of the hard work that has gone before will be lost as the UK Government prepares its own plans for alternative schemes.”

This, he warned, is “an outcome which will leave both the UK and the EU worse off”.