Skip to content
HomeNewsBrexit is at risk: There is now clear proof of a Labour pact with the Liberal Democrats 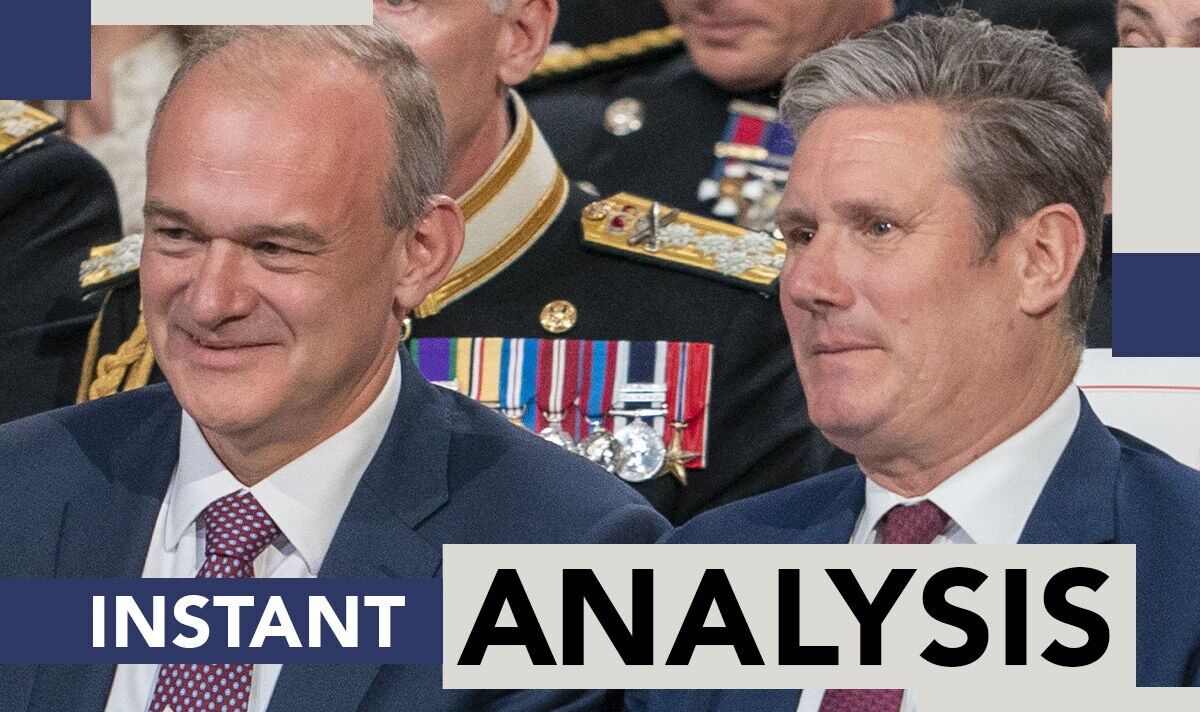 For months, Sir Keir Starmer has rejected claims he is working with the pro-EU Lib Dems to oust the Conservatives from power. But the results of last night’s by-election in Tiverton and Honiton make clear as day that there is coordination between the two.

It was, therefore, remarkable last night when the party saw itself receive support from just 1,562 voters in the constituency.

The 3.7 percent share of the vote for candidate Liz Pole was so small that the party won’t even keep its deposit.

All candidates in an election must pay £500 to stand, with the money being paid back to those who receive more than five percent of the vote.

The mechanism was put in place to help reduce parties with no realistic chance of winning from standing, not to stop one of the two largest parties in the country.

But Labour will not be overly disappointed with losing their money.

The party put in virtually no resources to campaign in the seat in order to give the Lib Dems a clear run to beat the Tories. Instead, they focused their efforts on fighting the by-election of Wakefield in Yorkshire.

Shadow minister Emily Thornberry even admitted on Sky News this morning: “I’ll share a secret with you, it wasn’t really on our target list.”

A pact of non-aggression between Labour and the Lib Dems would spell disaster for the Conservatives at the next general election.

It would allow parties to coordinate to ensure maximum damage against Boris Johnson’s MPs and force a change of Government.

Under such a pact it would also be almost impossible for any party to have an outright majority, leaving Britain with a hung Parliament.

Such an outcome means a pact between Labour and the Lib Dems is not only a threat to the Tories, but also a threat to Brexit.

Sir Ed Davey’s party have been clear in their desire to see the UK rejoin the single market and the customs union.

Earlier this year they set out a four-step roadmap to once again entering the sphere of Brussels.

And Sir Ed has been clear that if no single party has a majority after the next election, he intends to use his power to influence policy.

He said in an interview that a hung parliament means “you can exercise influence in many, many ways”.

He added: “The key thing for me is making sure that we have the numbers to be able to influence that, so we can move away from this frankly indecent Government that’s got no moral authority, that’s got no plan for our country, and replace it with a Parliament where – it may be different parties put their ideas together – we work for the national interest rather than from an interest which seems to be ‘how do we keep Boris Johnson inside No10’?”.

Publicly, Labour and the Lib Dems still insist there is no electoral pact.

The evidence, however, paints a very different picture.