Skip to content
HomeNewsBrexit rebellions are back! Boris facing Remainer plot over plan to stand up to Brussels 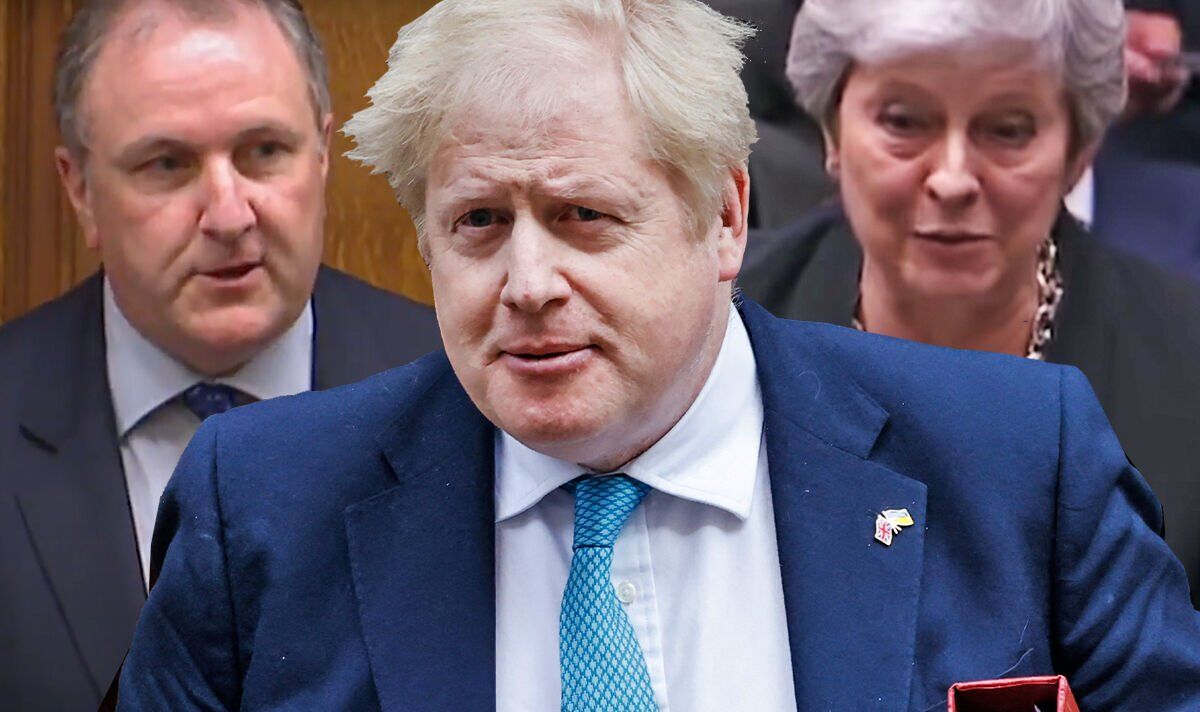 The Government is preparing to take action on the damage caused by the Northern Ireland Protocol as soon as next week, with the Prime Minister gearing up to stand up to Brussels. Despite months of talks to try and find a negotiated solution to the issues caused by the mechanism included in the 2019 Brexit withdrawal agreement, stubborn eurocrats have refused to give ground in talks.

Foreign Secretary Liz Truss is now understood to be ready to use the legal means to suspend the treaty’s implementation.

Plans to use Article 16 of the Protocol to suspend customs checks on goods crossing from Britain to the province would likely require Parliament’s consent.

In what risks a return to the dark days of the Brexit stalemate that scuppered Brexit negotiations in 2019, ministers fear MPs are already preparing to fight the Government’s plans.

Former Prime Minister Theresa May gave a speech in the House of Commons yesterday in which she criticised the Government for preparing to rip up the Protocol.

She warned Mr Johnson “to consider not just some immediate issues, but also the wider sense of what such a sense would say about the United Kingdom and its willingness to abide by treaties that it has signed.”

Simon Hoare, the Conservative chairman of the Northern Ireland select committee, added that “no honourable country should act unilaterally” in suspending an international agreement.

Tory rebels opposing plans to suspend the treaty would be joined by opposition parties in attempting to thwart the Government’s efforts.

Labour’s Jenny Chapman, a shadow minister, lashed out at the plans claiming any such action “risks a trade war during a cost of living crisis”.

Ministers are braced for backlash if they attempt to push through legislation.

The Foreign, Commonwealth and Development Office said that, under EU proposals suggested in October, trading arrangements could worsen and everyday items could disappear from shop shelves in Northern Ireland.

Northern Ireland’s Democratic Unionist Party, the second largest party in the province, has vowed not to nominate a deputy first minister to form an Executive until “decisive action is taken on the Protocol”.

They believe the agreement is undermining Northern Ireland’s place in the United Kingdom as it effectively leaves it still in the EU’s single market.

Ms Truss said last night that while she remained keen to strike a deal with the EU their current proposals came up short.

She said: “The current EU proposals fail to properly address the real issues affecting Northern Ireland and in some cases would take us backward.

“Prices have risen, trade is being badly disrupted, and the people of Northern Ireland are subject to different laws and taxes than those over the Irish Sea, which has left them without an executive and poses a threat to peace and stability.

“The answer cannot be more checks, paperwork and disruption.

“Our preference has always been for a negotiated solution but will not shy away from taking action to stabilise the situation in Northern Ireland if solutions cannot be found.”

A No10 spokesperson denied plans were in the works to suspend the tready next week saying “no decisions have been taken”.

They added: “We want to fix some of the underlying challenges, and think the situation is extremely serious.”