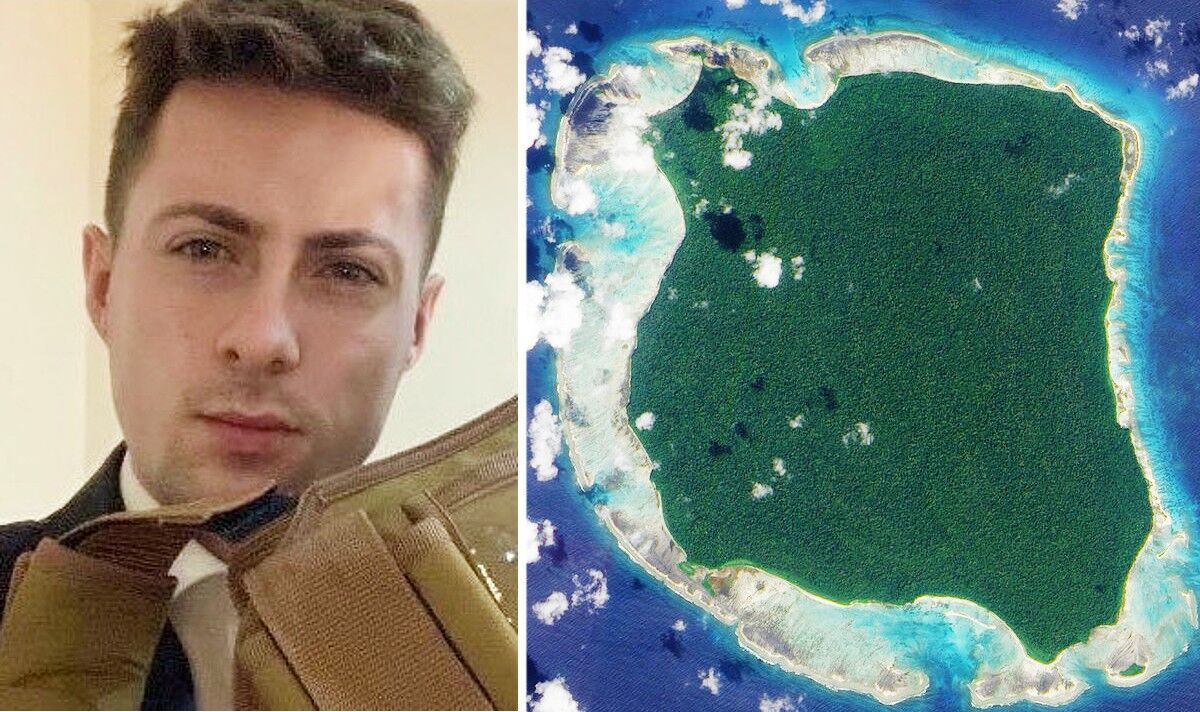 Miles Routledge, who uses the Twitter handle Lord Miles Routledge, has built a reputation as being a “danger tourist” having visited multiple hotspots in the past – including Kabul during the Taliban takeover. His latest plan will be to visit a renowned island in the Indian Ocean known for a hostile indigenous tribe who have had very little contact with the outside world and remain one of the world’s last uncontacted peoples in the world.

Previous attempts by others visiting the protected island, which belongs to India, have resulted in death at the hands of the locals.

In 1867, British explorers had to fend off attacks from the natives as they awaiting rescue following their vessel becoming shipwrecked off the coast of the island.

In 2006, two fishermen were killed by the natives known as the Sentinelese.

And American Christian missionary John Allen Chau met the same fate when he attempted to spread the word of God on the island in 2018.

Contact with the islanders is not only discouraged due to their extremely violent nature but to protect the group from the outside world, in particular from disease and viruses other nations have long become immune to.

“One crew sets off fireworks to distract the primitives.

“One crew in decontaminated suits sets up Starlink, cameras and a solar panel all hidden.

“Tell me why this wouldn’t work.”

Mr Routledge claims this would allow for a Twitch stream to be set up and monitor the mostly undocumented tribe.

He says this will help science and make money along the way.

Adding another plan to his ambitious adventure, he wrote: “Or like, go with a drone disguised as a big bird, film content, boom exclusive footage of non-contacted tribe that’s near priceless.”

Warning of the dangers ahead, one Twitter user replied to Mr Routledge by saying: “Go in a suit of armour.

“What are they going to do against a knight with their little sticks?”

Mr Routledge has conducted other dangerous trips in his travels.

In April, he was seen to have “tea with the Taliban” during a visit to Afghanistan.

Tweeted about the encounter, he wrote: “Tea with the Taliban.

I’m in Afghanistan, walked into Taliban residency by accident and after talking they gave me food, tea and even offered for me to stay the night.

Should Miles Routledge visit the island? Will the visit pose a danger to the islanders in light of the recent global virus? Let us know your thoughts by CLICKING HERE and joining the debate in our comments section below – Every Voice Matters!

He has also travelled to Ukraine during the Russian invasion, and spent time in Kazakhstan during riots.

In reference to his Sentinel Island idea, he later claimed that he wasn’t being completely serious.

He tweeted: “I mentioned this before but I’ve had a lot of new followers then, it’s always good to get further perspective on s**t posts that may turn into something real one day.”

Mr Routledge has been contacted by Express.co.uk for comment.