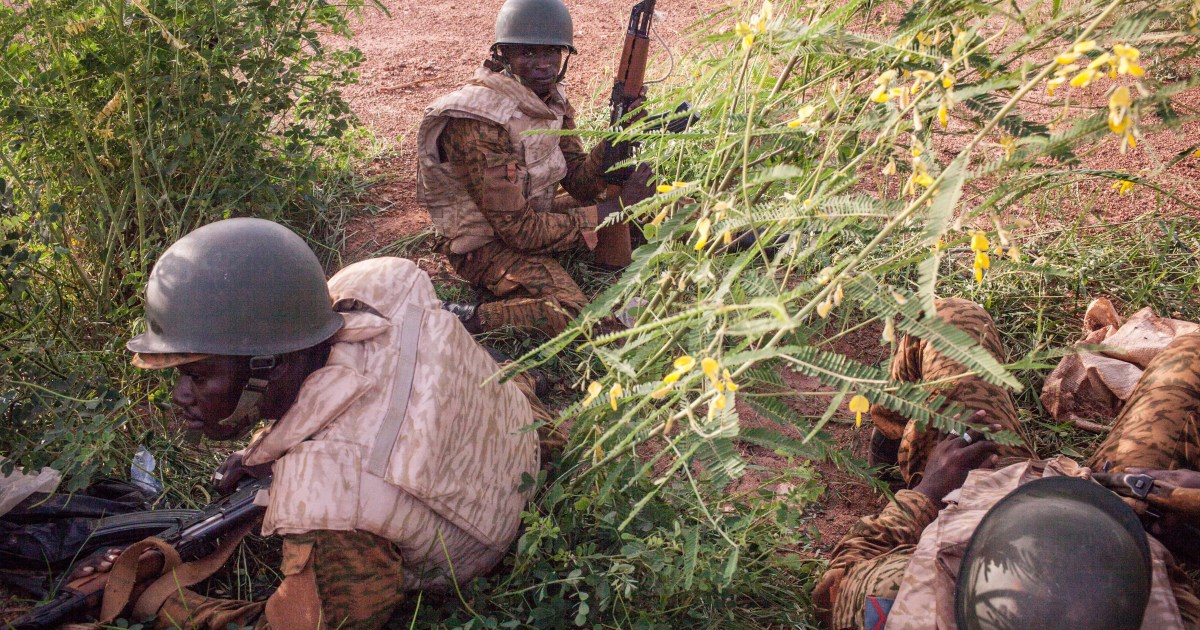 The West African country has been battling rebel groups, some linked to al-Qaeda and ISIL, in recent years.

Burkina Faso’s army has said it accidentally killed civilians during a military operation in the country’s southeast earlier this week.

The West African country has been battling an armed uprising by rebel groups, some linked to al-Qaeda and ISIL (ISIS), which control large swaths of territory within and wage frequent attacks across the Sahel.

“During operations which made it possible to neutralize several dozen terrorists, the strikes unfortunately caused collateral victims within the civilian population,” the army said in a statement on Wednesday.

It did not say how many civilians were killed. The victims were hit by projectiles in the zone between Kompienga and Pognoa, near the border with Togo, on Monday, it said.

Togo, which has been contending with the spillover of militancy from Burkina Faso, accidentally killed seven children in an air raid last month near the same border.