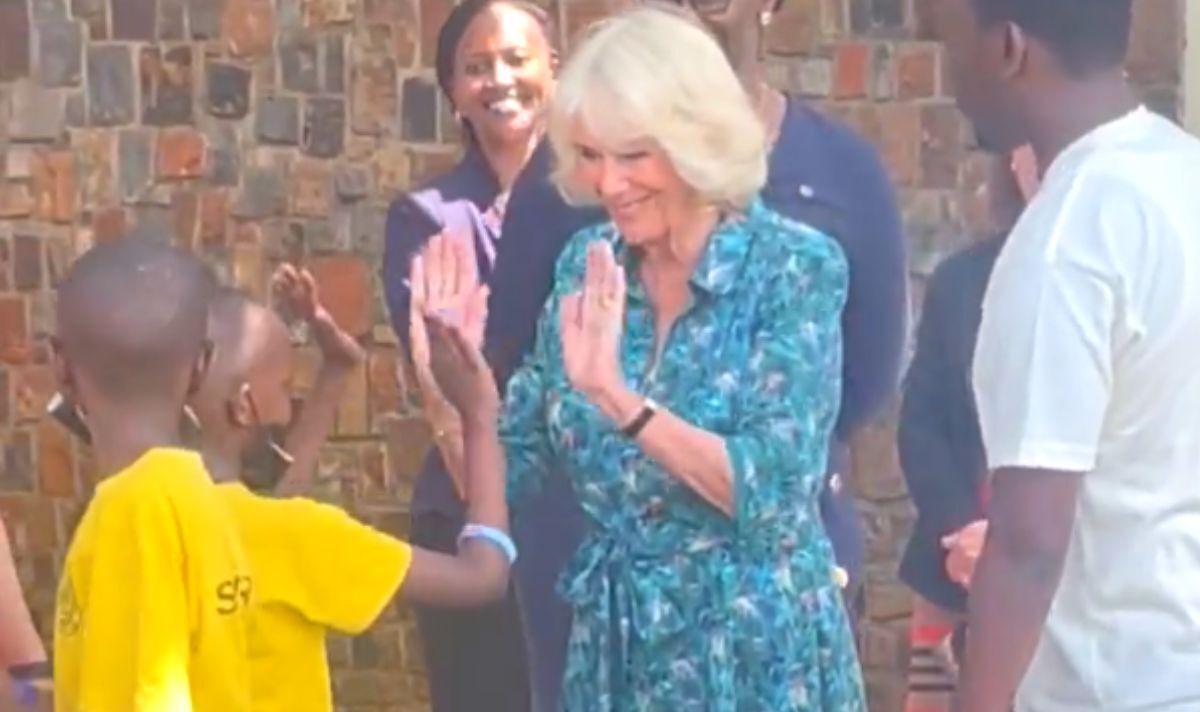 The Duchess of Cornwall has been praised for her heartwarming conduct during her royal visit to Rwanda. Camilla is visiting Rwanda as part of official royal duties, accompanied by the Prince of Wales and on behalf of the Queen.  The Duchess was captured smiling and laughing with young students as she greeted the children with high fives.

Camilla met with the children during a visit to a library supported by Book Aid International, a charity of which she is now patron, having succeeded the Duke of Edinburgh in the honourable role.

The visit to Rwanda is particularly monumental in that it is a royal first as no member of the Royal Family has visited the country before.

Prince Charles and Camilla arrived in Rwanda on Tuesday and are set to undertake numerous official royal duties during their time in Africa.

The Duchess has thanked Rwandan officials for their “wonderful welcome” during their royal trip to the country.

Prior to meeting the energetic children in the Kigali library, Prince Charles and Camilla notably visited a memorial to honour victims of the Rwandan genocide.

In 1994, hundreds of thousands of the Tutsi community were slaughtered in brutal attacks by Hutu extremists and the tragedy remains a stain on Rwanda’s history.

In a speech during her Rwanda visit, the Duchess said: ”In the wake of those appalling, unfathomable events, the people of Rwanda have embraced peace and reconciliation.”

She emphasised the “personal responsibility” of all leaders to fight against discrimination and “ideologies that lead to the destruction of others.”

Her comments were made on Thursday as the Duchess of Cornwall gave a moving speech at a Violence Against Women and Girls event at the Kigali Convention Centre.