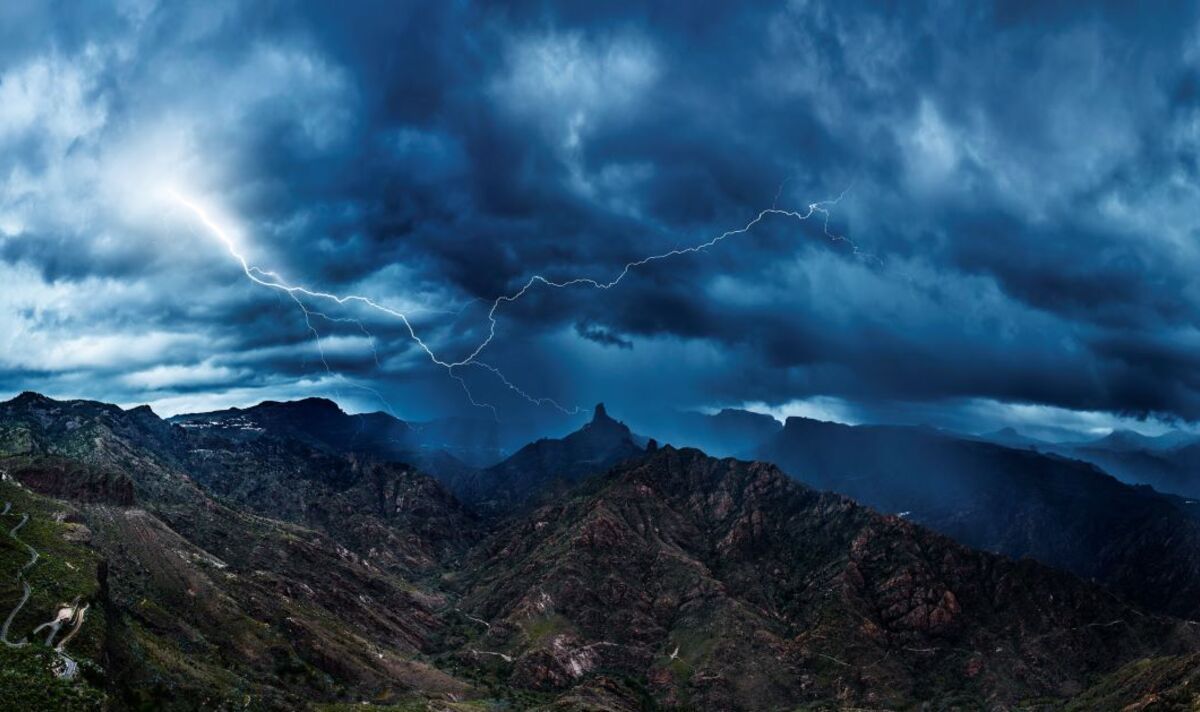 Experts say Hermine will not directly hit the holiday islands but it will produce alarming spin-off effects as it hovers off the coast of Africa.

All school classes have been suspended on Monday and sewers are being cleaned across the islands to try and stop them from over-flowing.

Torrential rain is expected from today, with the islands of Tenerife and La Palma taking the brunt. It is predicted that around 100 litres of rain could fall in just 12 hours.

Residents and holidaymakers are being warned to brace themselves for strong winds, flooding and electrical storms. The met office says the best thing to do is to “stay home”.

The tropical storm off nearby Cape Verde was predicted by the US National Hurricane Centre based in Miami.

The weather agency, Aemet says: “Although according to the latest data it will not impact the archipelago, it will come close enough to produce widespread, intense and persistent rainfall, accompanied by storm, during the weekend and Monday.”

The island of El Hierro will be hit first today.

Conditions across the Canaries are expected to get worse on Sunday with intense rainfall. Lanzarote and Fuerteventura might escape the worst.

“These rainfalls will continue during the first half of Monday, beginning to decrease in the afternoon,” says Aemet. There will also be very strong gusts of wind and waves of over 6ft.

The weather agency says the impact of the storm will be “historic” with records showing nothing like it in recent times and definitely not within the last ten years.

One of the areas most popular with British tourists, Arona in the south of Tenerife expects to be hit. The The mayor, José Julián Mena, today ordered the suspension of activities in municipal facilities and in open spaces or outdoors due to the risks of the tropical cyclone that is approaching the Canary Islands.

Public buildings, including schools, are being prepared as shelters just in case residents have to be evicted.

He has appealled for “the utmost caution and to follow the evolution of the atmospheric phenomenon, both through the media and the official social networks of the Arona City Council itself and the rest of the public bodies, as well as to avoid, as far as possible, the performance of any displacement until the end of the decreed alerts”.