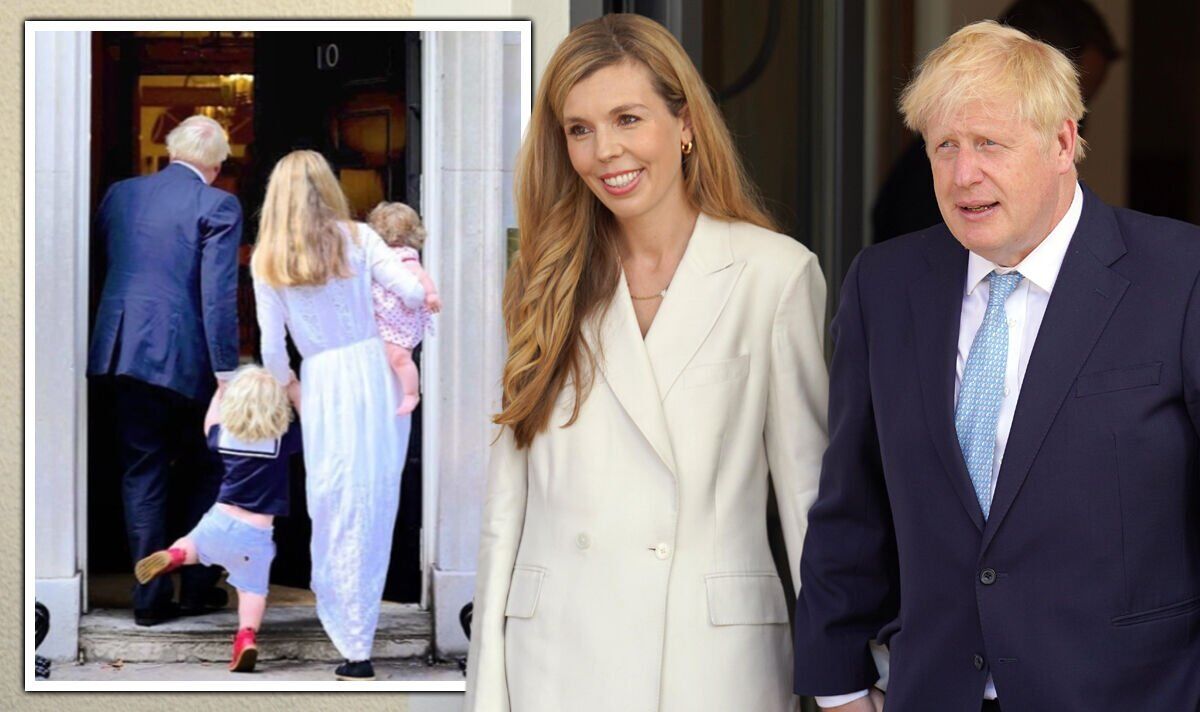 The wife of outgoing Prime Minister Boris Johnson congratulated Liz Truss on her Tory leadership election victory as she spoke of “incredibly happy” memories at their home for the last three years. Mrs Johnson shared a picture of the couple and their children Wilf and Romy entering the historic building for the last time.

The picture was taken from behind, helping to protect the privacy of their family.

Wilf and Romy were both born while Mr Johnson was Prime Minister, with the young children never having known another home.

Sharing the image, the 34-year-old said: “Going through the No10 door together for the last time.

“I expect Wilf and Romy won’t remember it but they’ve had an incredibly happy start to their lives growing up here.

“Thank you so much to all the lovely people at Downing Street and at Chequers who have been so incredibly kind to us – particularly to our children.

“Best of luck to Liz and her family.”

The family will formally move out of the central London address tomorrow after Mr Johnson goes to visit the Queen to resign as Prime Minister.

He is expected to give one final address to the nation on the steps of Downing Street in the morning before flying up to the monarch’s Balmoral estate in Scotland to be relieved of his duties.

Ms Truss will be appointed Prime Minister and move into Downing Street herself later in the same day.

While the family do not technically move out until tomorrow, the Johnsons are understood to have largely already shipped their stuff out of the flat above No10.

Vans were also spotted on the famous street two weeks ago.

The Prime Minister has been commuting to No10 from his official country residence of Chequers in Buckinghamshire for the month of August.

Mr and Ms Johnson are now looking for a new family home to purchase in London.

It was reported last month that the couple were house hunting in Dulwich Village.

A source told The Sun: “Carrie and Boris are looking for somewhere they can put down roots away from the glare of central London.

“Now they have Wilfred and Romy, a family home with a large garden is a must. That’s exactly what Dulwich can offer.”