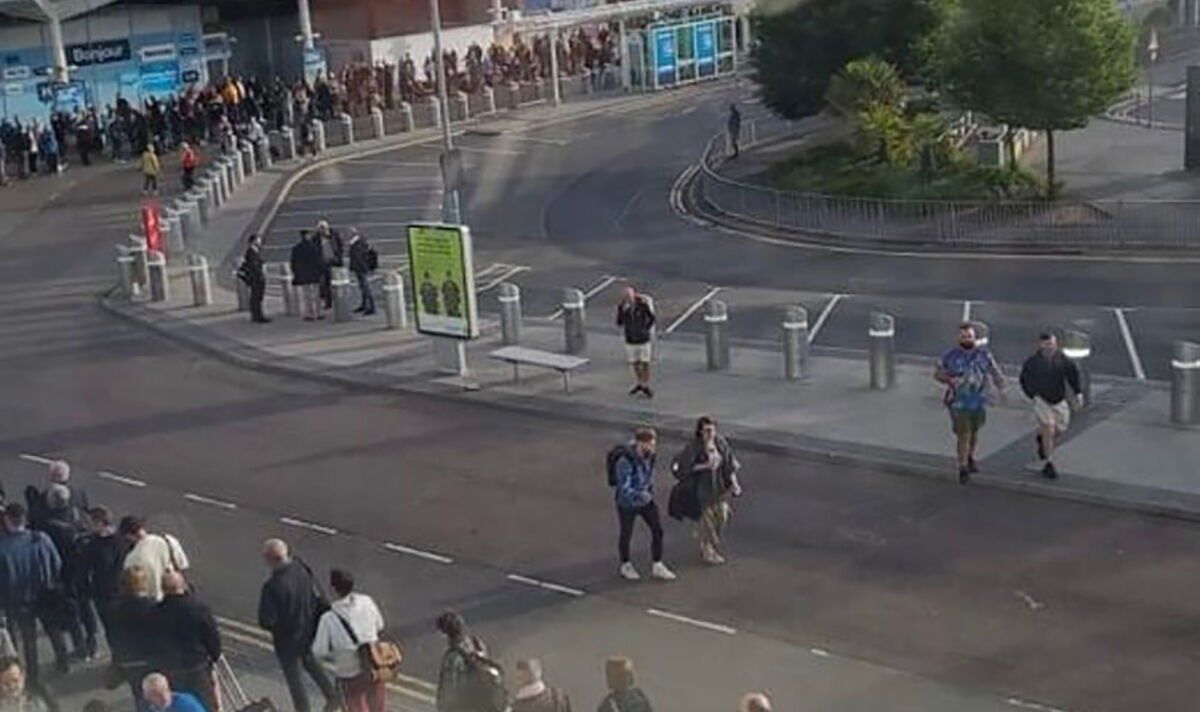 Travellers waited up to two hours to get through security at the Ryanair and Jet2.com hub today. Some holidaymakers claimed the line was “one kilometre” long and reached the car park.

Photographs shared on social media showed the queue snaking out of the airport doors and along the length of the building this morning.

Flights were delayed from a few minutes up to an hour as passengers reported being called out of the queue by staff to make it in time for their flight.

Sam, who was travelling for work, told Birmingham Live that thousands of people were stuck in the queue sometime after 6am.

He said: “Thousands of people are queueing – from inside, all the way outside to the car park. There’s only one entry point as well. And very little security checks open.”

Sam eventually got through security 8.30am – two and a half hours after he arrived – with 10 minutes to spare until his flight. Another traveller heading for Edinburgh reported a two-hour wait.

Matthew Broome, who was heading for the Scottish capital,: “We’re waiting to leave now – should have left 8.20am. I think it was a whole two hours queue for security – I had no bags and checked in online and only going to Edinburgh, so reckon you need three to four hours.

“At present, the airport can’t manage the number of flights/passengers, so think it should scale back and reduce what they do until have sorted staffing issues/processes. EasyJet also cancelled my return flight yesterday – so bad service with them. Train home tonigh.”

An airport spokesperson said around 7,500 people were booked to fly during the busy dawn peak, prompting the decision to run security queues outside. They said the lines were “long but managed and moving”.

“Half of the 15,000 customers flying out of BHX today were booked to depart in our busy dawn peak, so we took the decision to run security queues outside the terminal to avoid them getting tangled with check-in lines,” they added.

“Queues were long but managed and moving. We thank customers for their patience.

“As always, our message to departing customers is: Help us help you keep queues moving by removing any liquids, gels, pastes and electrical items from your bags before our security x-ray scanners.”